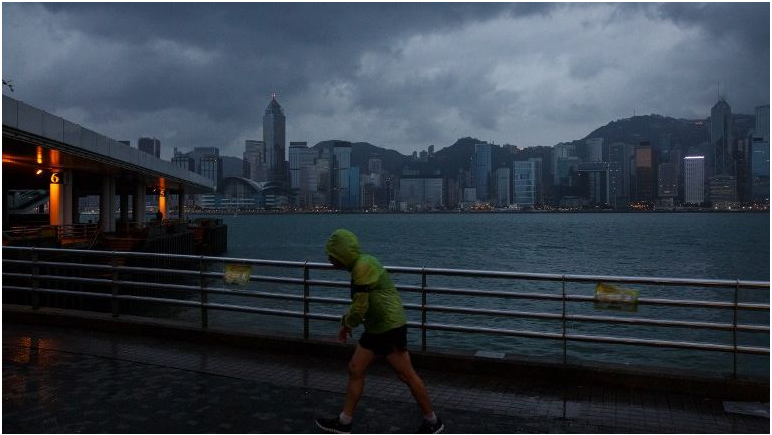 BENGUET, Philippines/HONG KONG, Oct 21 - Typhoon Haima, the strongest storm to hit the Philippines in three years, killed at least 12 people and inundated vast tracts of rice and corn fields, officials in Manila said on Friday, before it took aim at Hong Kong.

Philippine authorities said they were assessing the extent of damage to infrastructure and crops, but confirmed that thousands of hectares of farmland were destroyed in northern provinces.

Eight of the victims were from the Cordillera region, said Ricardo Jalad, chief of the National Disaster Risk Reduction and Management Council, citing reports the agency received from provincial officials.

In Cagayan alone, where the super typhoon made landfall late on Wednesday with destructive 225 kph (140 mph) winds and heavy rain, between 50,000-60,000 hectares of rice fields were flattened and flooded, said the provincial governor Manuel Mamba.

"It was like we were hit by another Yolanda," he told a radio station, referring to the 2013 super typhoon known internationally as Haiyan which killed at least 6,000 people and destroyed billions of pesos worth of property.

Hong Kong shut all but essential services in the global financial hub as the storm approached.

"According to the present forecast track, Haima will be closest to Hong Kong around noon, skirting about 100 km (62 miles) to the east of the territory," said the observatory on its website.

"This means that winds with mean speeds of 63 kmh (40 mph) or more are expected from the northwest quarter."

Flights and train services have been cancelled in and out of the city.