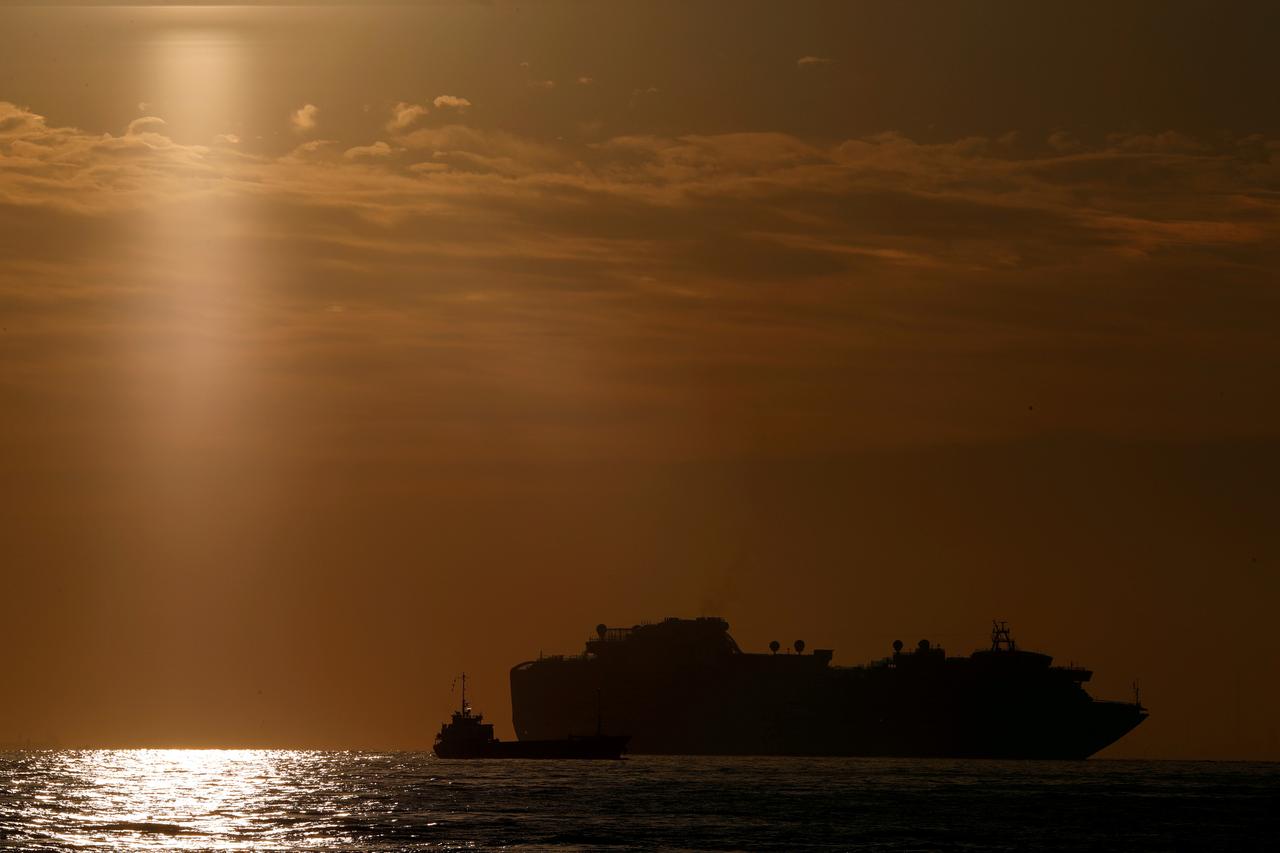 TOKYO - Ten people on a cruise liner in the port of Yokohama have tested positive for coronavirus, Japan said on Wednesday, a figure that could rise as more results come in and authorities continue to monitor thousands of passengers and crew.

The 10 infected people will be transported to a medical facility, Japan Health Minister Katsunobu Kato said, while the remaining around 3,700 people will remain quarantined on board the Carnival Corp ship for 14 days.

“I want to take sufficient care of the health of passengers and crew and make every effort to prevent the spread of the virus,” Kato said at a media briefing.

Everyone on board the Diamond Princess had received initial health screening, Kato said, a process that identified 273 people for testing.

Of that smaller group, 31 results had been received so far, revealing the 10 confirmed cases.

Kato said that officials would continue to monitor the remaining passengers and crew for the potential development of symptoms, suggesting that more test samples could be taken.

None of the 10 infected people, three of whom are Japanese nationals, had severe symptoms, public broadcaster NHK reported.

The health checks began on Monday evening after an 80-year-old Hong Kong man who sailed on the vessel last month tested positive for the Wuhan coronavirus.

Photographs and video posted on Twitter by a passenger with the handle @daxa_tw showed masked health workers clad in blue plastic gowns walking down empty corridors as well as views of deserted lounges and a barren deck.

Carnival Japan, the local unit of the British-American cruise operator, said on Tuesday the turnaround of the ship had been delayed by about 24 hours. It was not immediately available for comment on Wednesday.

The company said on Tuesday that cruises scheduled to depart from Yokohama and the western Japanese port of Kobe this week would be canceled because of delays related to the coronavirus checks.

The new cases bring the total number of confirmed cases to 33 in Japan.

The epidemic, which originated in China’s Hubei province, has killed hundreds of people and infected more than 10,000 so far.