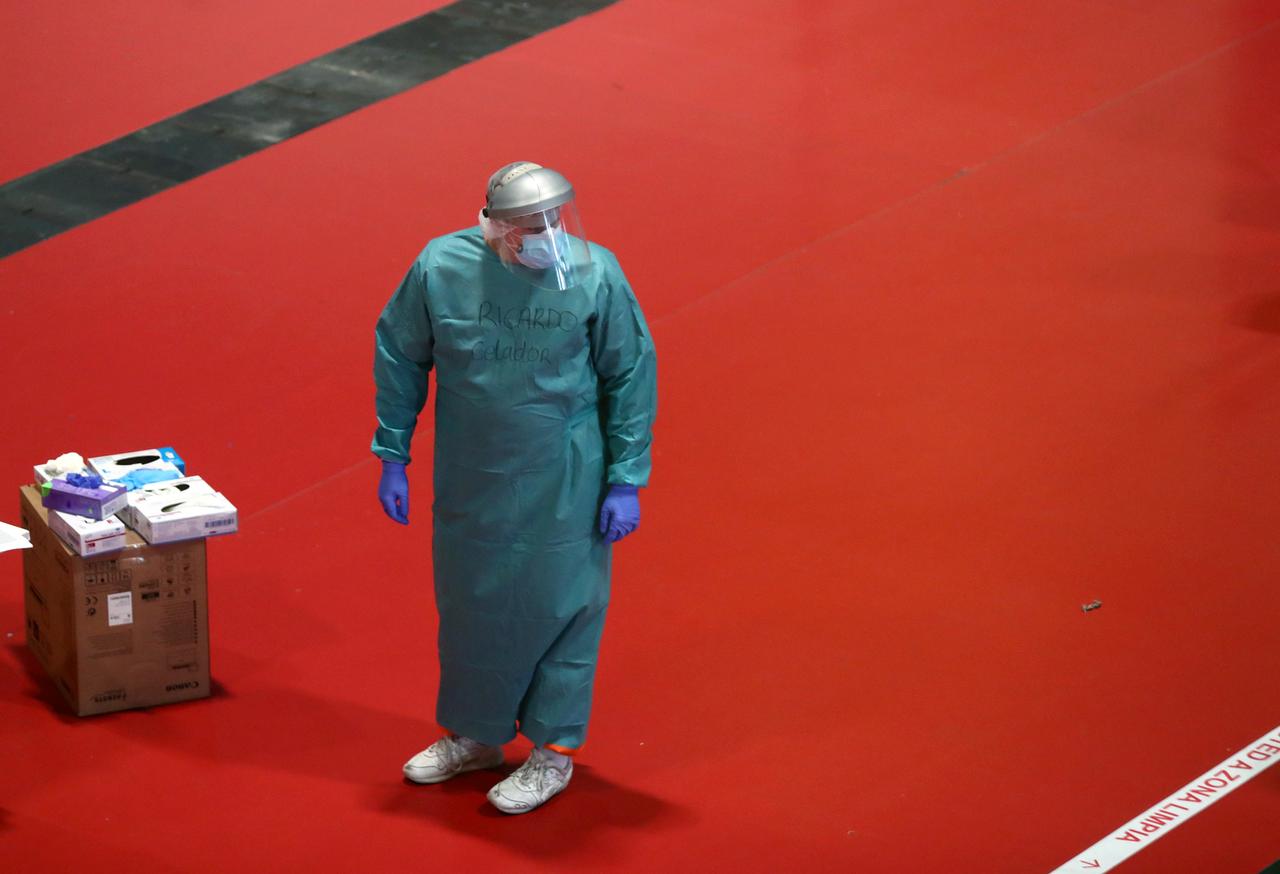 Spain's coronavirus deaths rise above 10,000, yet there is 'glimpse of hope'

MADRID -- Spain’s death toll from the coronavirus rose above 10,000 on Thursday after a record 950 people died overnight, but health officials were encouraged by a slowdown in daily increases in infections and deaths.

Spain has the world’s second-highest death toll after Italy at 10,003 but Thursday’s one-day toll was the highest for any country since the start of the epidemic.

The number of registered coronavirus cases rose about 8% from Wednesday to 110,238, the ministry said.

The total deaths rose by just over 10%, about the same rate as the previous day.

The daily rate of new infections has been slowing since March 25, when reported cases rose by just over 20%.

“A glimpse of hope: the curve has stabilized. We have reached ... the peak of the curve and we have started the slowdown phase.”

Spain has been in lockdown since March 14, and as of this week only employees in essential sectors are permitted to travel to and from work.

Data showed on Thursday that Spain has shed an unprecedented 900,000 jobs since the restriction started, with temporary layoffs affecting at least 620,000 other jobs.

Around 80,000 workers are off sick with coronavirus, while 170,000 more are on sick leave, isolated after coming into contact with an infected person.

Nursing homes, whose elderly residents are highly vulnerable to the disease, have been particularly hard hit.

Clad in white protective gear, funeral service workers could be seen taking out coffins from a nursing home in Leganes on the outskirts of Madrid, where 50 residents had died since the start of the epidemic according to EFE news agency, and putting them in a van, Reuters footage showed.

Later, ambulances picked up various uninfected residents to take them to other homes.

Two-thirds of 150 residents tested in the Vitalia home on Wednesday had coronavirus, EFE said.

The head of government for the region around Madrid told Cadena Ser radio that a total of around 3,000 people had died in nursing homes in March, around three times the normal monthly toll.

The administration says it cannot be sure how many were caused by coronavirus as it lacks testing.

In Catalonia, the second worst-hit region after Madrid, the government reversed its initial reluctance and asked the national military to send medical teams to help tackle the coronavirus.

Catalonia’s push for independence from Madrid has caused political turmoil.