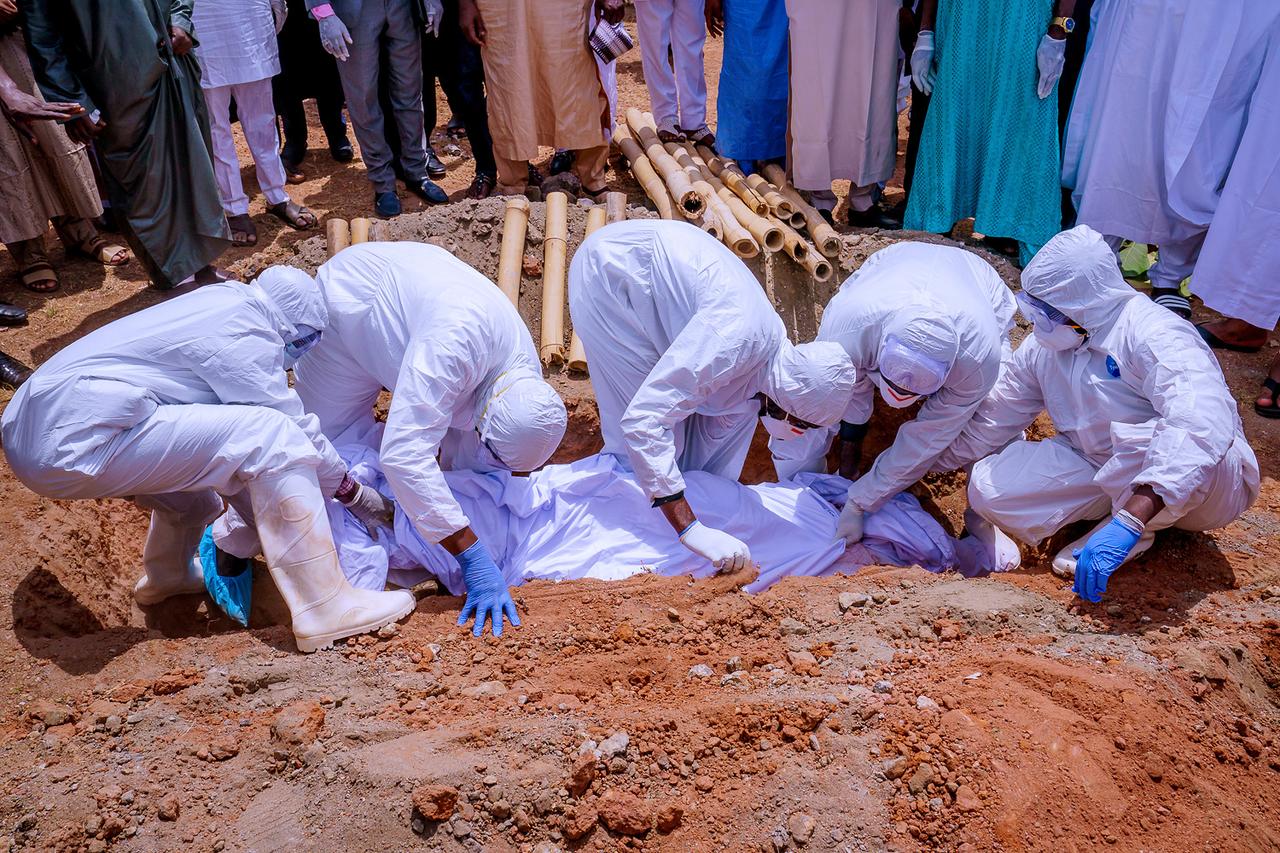 LAGOS -- The Nigerian president’s chief of staff died on Friday from COVID-19, the presidency said on Saturday, making him the most high profile person in the country to die in the coronavirus outbreak.

Abba Kyari had acted as the gatekeeper to 77-year-old President Muhammadu Buhari. After his re-election last year, Buhari ordered ministers to channel all communications through him.

Kyari had underlying health problems including diabetes. Reuters reported on March 24 that he had contracted the disease.

“Mallam Abba Kyari, who died on 17th April, 2020, at the age of 67 from complications caused by the coronavirus, was a true Nigerian patriot,” said Buhari in a tweet, using an honorific title for Kyari.

He referred to Kyari as his “loyal friend and compatriot for the last 42 years” who, as chief of staff, “strove quietly and without any interest in publicity or personal gain” to implement the president’s agenda.

Kyari travelled to Germany in early March with a delegation of other Nigerian officials for meetings with Siemens AG. He attended meetings with senior government officials upon his return to Nigeria before he was diagnosed as having contracted the new coronavirus.

Nigeria has 493 confirmed cases and 17 deaths, according to the Nigeria Centre for Disease Control.

Buhari, whose public pronouncements are rare, himself has undisclosed medical ailments and spent five months in London for treatments in 2017.

Kyari’s death might leave a potential opening for a rethink of policy at the heart of government.

Analysts said the government’s statist approach since Buhari took office in 2015 was in large part influenced by his chief of staff, a former executive at the United Bank for Africa Plc.

“Kyari was very close to Buhari and arguably the most powerful man within the administration,” said Malte Liewerscheidt, vice president of Teneo Intelligence in a note.

“Kyari’s death removes the centre of gravity from Buhari’s inner circle and might provide an opening for more reform-minded elements such as Vice President Yemi Osinbajo,” he said.

Kyari’s death could be very significant because he showed “an immense ability to wield power in the context of a largely absent president”, said Clement Nwankwo, director of the Abuja-based Policy and Legal Advocacy Centre think-tank.

“There is no evidence that the chief of staff shared that power with anyone. He was totally trusted and it isn’t clear who could fill those shoes,” said Nwankwo.

Kyari died at a private hospital in the commercial capital, Lagos, a statement issued by Lagos state government said.

His body was flown to the capital, Abuja, on Saturday. He was buried at a cemetery in the city in a private ceremony after funeral prayers at his residence, said Buhari’s spokesman Garba Shehu.