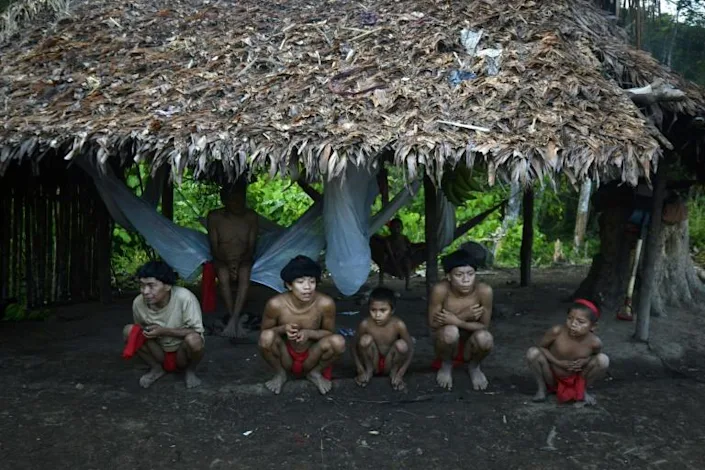 Brazil said Monday it would deploy a special security force to protect the Yanomami indigenous reservation, whose residents have clashed recently with illegal miners encroaching on native lands in the Amazon rainforest.

The government did not say how big the force would be.

The Yanomami reservation, Brazil's biggest, spans 96,000 square kilometers (37,000 square miles) in the northern states of Amazonas and Roraima. It is home to around 27,000 people.

Thousands of miners, often linked to organized crime, have invaded the reservation in recent years, sometimes resulting in violence.

Last month, miners who had invaded the indigenous village of Palimiu clashed with inhabitants, leaving four miners and an indigenous man with bullet wounds, according to the Hutukara Yanomami Association (HAY).

The organization said in a recent report that illegal mining expanded 30 percent last year on Yanomami territory, devastating the equivalent of 500 football pitches.

Illegal gold and diamond mining are a leading cause of environmental destruction in the Amazon.

The Yanomami, who are known for their face paint and intricate piercings, were largely isolated from the outside world until the mid-20th century.

They have a history of conflict with illegal miners dating back to the 1970s.

Together with diseases such as measles and malaria, the conflicts decimated the Yanomami population.

Indigenous activists and rights groups say the problem has intensified again since 2019, when Bolsonaro took office vowing to open protected indigenous lands to mining and agribusiness.

Bolsonaro sought to deflect such criticism in a meeting with Yanomami leaders in Amazonas last month.

"If you don't want mining, there won't be mining," he told them.

"There are indigenous brothers in other places, inside and outside the Amazon, that do want mining... and we are going to respect their wishes."