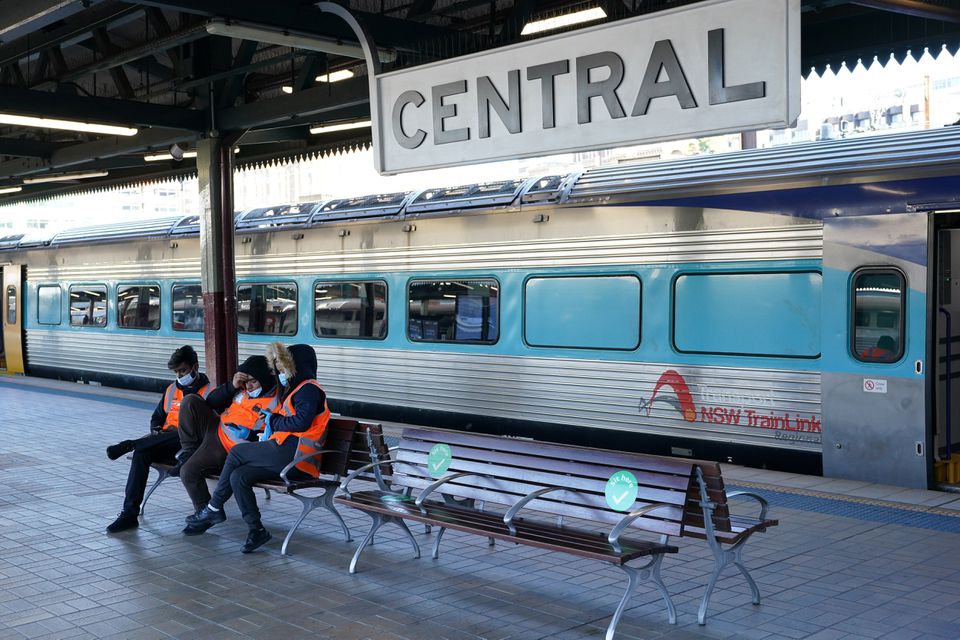 Sydney and some surrounding areas entered a hard two-week COVID-19 lockdown on Saturday as authorities struggle to control a fast-spreading outbreak of the highly infectious Delta variant that has grown to 80 cases.

Parts of Sydney, Australia's biggest city, were already under lockdown due to the outbreak, but health authorities said cases and exposure sites were increasing too rapidly.

"Even though we don't want to impose burdens unless we absolutely have to, unfortunately this is a situation where we have to," said New South Wales state Premier Gladys Berejiklian.

Australia has been more successful in managing the pandemic than many other advanced economies through swift border closures, social distancing rules and high compliance, reporting just over 30,400 cases and 910 COVID-19 deaths.

But the country has confronted small outbreaks in recent months. These have been contained through speedy contact tracing, isolation of thousands of people at a time or snap hard lockdowns.

Rugby Australia was searching for alternatives sites for Australia's series-opening test against France, which was to have been played at the Sydney Cricket Ground on July 7.

Saturday's lockdown in New South Wales will also include the regions of Blue Mountains, Central Coast and Wollongong, which surround Sydney, a city of 5 million people.

Under the rules in place through July 9, people may leave home for essential work, medical care, education or shopping. The rest of the state will have limits on public gatherings and masks will be obligatory indoors.

"There was no point doing it for three days or five days because it wouldn't have done the job," Berejiklian told a news briefing.

New Zealand on Saturday halted quarantine-free travel from Australia for three days, saying there were too many cases and outbreaks. The two neighbours, which keep their borders closed to the rest of the world, began free travel in April.

Berejiklian's conservative state government was reluctant to impose the lockdown, but a growing number of health experts called for it, as Australia struggled with its vaccination rollout.

Although free, vaccines are available for now only to people over 40 and those in risk groups either due to their health or work. The Pfizer Inc vaccine is administered to people 40 to 59 years old, and the AstraZeneca PLC shot to those older.

On Saturday, the case of a worker at the Granites gold mine in the Tanami Desert of the Northern Territory prompted the territory's authorities to order the isolation of more than 1,600 people in three states who had had contact with the worker.

The mine, owned by Newmont Corp, was put into lockdown.