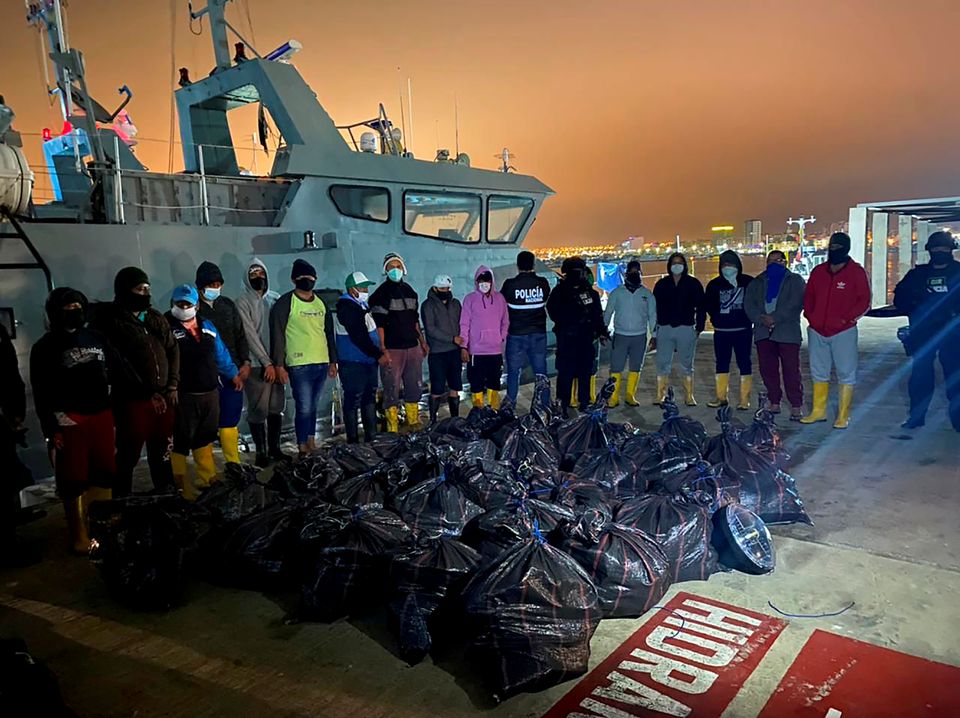 BOGOTA -- Military and police authorities from more than 40 countries across Europe and the Americas confiscated 145.3 tonnes of cocaine in the eighth phase of Operation Orion, a multinational naval operation against drug trafficking, Colombia's navy said on Monday.

The figure represents the highest amount of cocaine seized during the operation so far.

Some 575 people of different nationalities were captured during the campaign, which ran between October and November, Colombia's navy said, adding that 49 vessels were immobilized, as well as six submarines and three planes.

Since Operation Orion was launched in 2018, the combined effort has seized more than 545 tonnes of cocaine and 224 tonnes of marijuana, according to Colombia's navy.

Despite decades of fighting drug trafficking, Colombia remains a top global producer of cocaine and faces constant pressure from the United States to reduce coca crops, the drug's main ingredient, as well as production of cocaine.

Aside from the ELN, ex-members of the demobilized FARC guerrillas who reject a 2016 peace deal are involved in drug trafficking, as well as criminal gangs, according to security sources.

Argentina, Belize, France and Suriname, among others, took part in the eighth phase of Operation Orion.