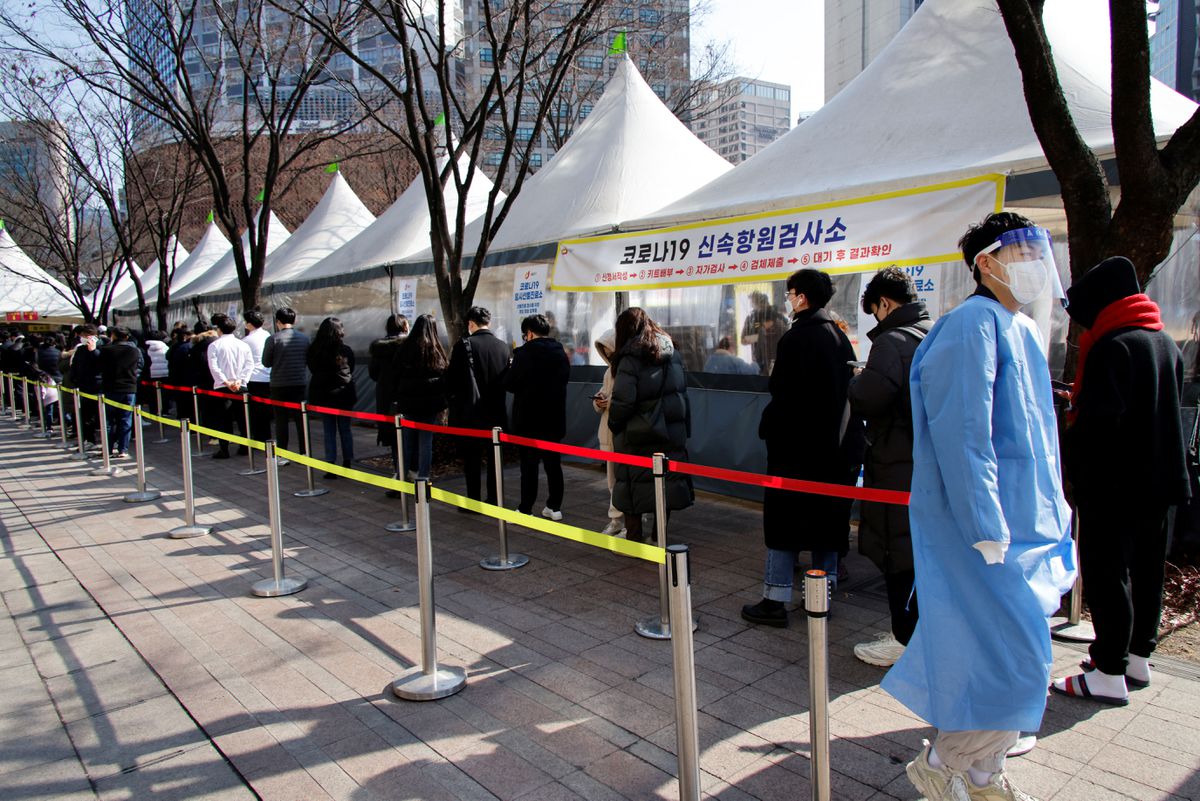 South Korea's daily count of new coronavirus cases topped 90,000 for the first time, driven to a record by the fast-spreading Omicron variant that has seen daily tallies nearly double in just a week.

The 90,443 cases reported for Tuesday represent a drastic surge from the 57,177 recorded by the Korea Disease Control and Prevention Agency (KDCA) a day before.

The surge has seen the virus spread through Korean business and society, and the country's men's basketball league on Wednesday halted its season as dozens of players tested positive for COVID-19.

Total infections in the country since the pandemic began rose to 1,552,851, but deaths remain comparatively low, with 39 fatalities on Tuesday and a total of 7,202 so far.

The KBL had pressed on despite some previous infections among players and staff members, but it finally cancelled all planned matches this week after three teams reported more than 10 cases each. Some players openly criticised the league organisers for failing to protect athletes and their families.

South Korea, with a 52 million population, has largely been a COVID-19 mitigation success story, thanks mainly to widespread wearing of masks, social distancing and aggressive testing and tracing.

But authorities scrapped contact tracing and mandatory isolation for vaccinated people, and adopted self diagnosis and at-home treatment starting this month to free up medical resources for more serious patients amid the less fatal Omicron variant's spread.

Prime Minister Kim Boo-kyum said the government was considering easing the current strict distancing curbs which include a 9 p.m. curfew for restaurants, cafes and bars, and a ban on gatherings of more than six vaccinated people. A formal announcement is expected on Friday.

The curbs have emerged as a politically sensitive issue ahead of the March 9 presidential election, with small business owners calling for lifting the curfews.

But some experts have warned that relaxing rules would only fuel the virus' spread and strain the medical system.

More than 86% of South Koreans have been fully vaccinated and 58% have received a booster shot, KDCA data showed.