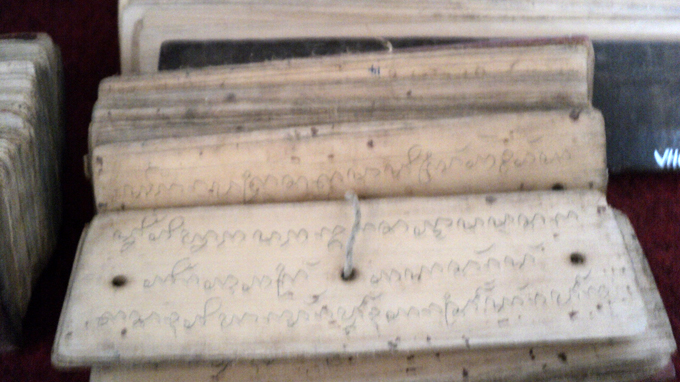 Ancient Cham archives to be restored

The Ninh Thuan Cham Culture Research Center on May 29 handed over 62 ancient Cham books to the National Archives Center 2 to be restored.

The books, rich in historical, cultural, and religious value, serve as precious archives in facilitating extensive research on the Cham community’s traditional culture.

As care taking conditions at the Ninh Thuan center remain inadequate, these materials have sustained considerable damage due to the elements and insects.

The restoration, which is an attempt to cope with the erosion of the Cham cultural heritage, is expected to be completed by the end of the year.

Cham areas are remnants of the Kingdom of Champa (between the 7th and 18th centuries). The Cham people, or Urang Campa in the Cham language, is an ethnic group in Southeast Asia concentrated between Kampong Cham Province in Cambodia and central Vietnam's Phan Rang-Thap Cham, Phan Thiet, Ho Chi Minh City and An Giang areas.

They form the core of the Muslim communities in Cambodia and Vietnam.

According to 2008 official statistics, there are around 145,000 Cham people in Vietnam. The community ranks 14th in the country’s general population.