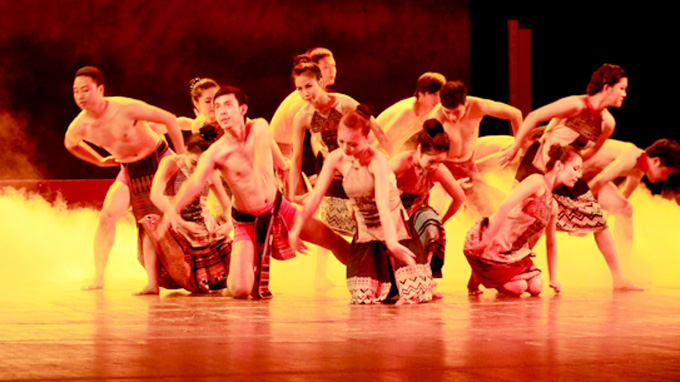 ‘The Soul of Vietnam’ debuts in Hanoi

“Hon Viet - The soul of Vietnam”, a program which aims to better promote traditional music and cultural values to foreign tourists and has been held regularly in Ho Chi Minh City in the past two years, has been taken to Hanoi starting July 1.

The debut performance, held at the Hanoi Opera House, featured a wide variety of Vietnam’s traditional music genres throughout the country, including those which have earned or are applying for the UNESCO recognition, such as “hat xam” (the northern region’s folk music, typically performed by street artists for a living), “hat chau van Hue” (central Hue’s spiritual singing), and “cai luong” (southern region’s traditional music) along with hallmark folk music of ethnic minorities.

A highlight of the first show was the innovative re-creation of the signature Saigonese peddlers’ cries to sell their wares on HCMC streets harmoniously fused with foreign music.

The show organizers made the most of musical instruments and choreographed dances to appeal to foreigners.

“I don’t understand the lyrics but through the artists’ body language, I think “Da co hoai lang” (Missing one’s husband at nightfall) depicts a Vietnamese wife who has been faithfully waiting for her husband’s homecoming. The lady was re-created so beautifully, especially her long black silky hair which cascaded over her back. I also felt the burning smell emitted from the kerosene lamp, which helped me know that the moving story took place at night,” remarked James, a British tourist.

Meanwhile, Sophie, an American tourist, said she was most impressed with artist Hoang Tu’s playing the dan bau (the Vietnamese monochord) and portraying a mother hugging and lulling her child to sleep at the same time.

“The Soul of Vietnam”, part of the traditional cultural preservation and development program launched by artist Linh Huyen and her husband, Richard di San Marzano, will be run at the Hanoi Opera House at 8pm every Monday.

“In the HCMC shows over the past two years, among the over-100-member audience every night, less than 10 were Vietnamese. So I was quite surprised that local audiences made up the majority at the debut Hanoi show. The show will be run in both Vietnamese and English, instead of only English, next time,” said artist Linh Huyen.