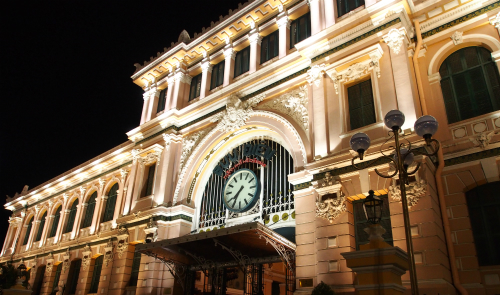 Hanoi and HCM City are listed among the cities with the lowest hotel room rates, according to a recent survey on the price of hotel rooms over the world in the first six months of the year carried out by website for hotel booking hotels.com.

According to the survey, Hanoi and HCMC ranked second and sixth in the list of cities with the cheapest average room rates. The average hotel room price in Hanoi is GPB41 (US$ 65.5823) for one day and night while the price in HCMC is GPB60.

In general, the hotel room price in the Asian region dropped by 2 percent in the first six months of 2013 compared with the same period last year.