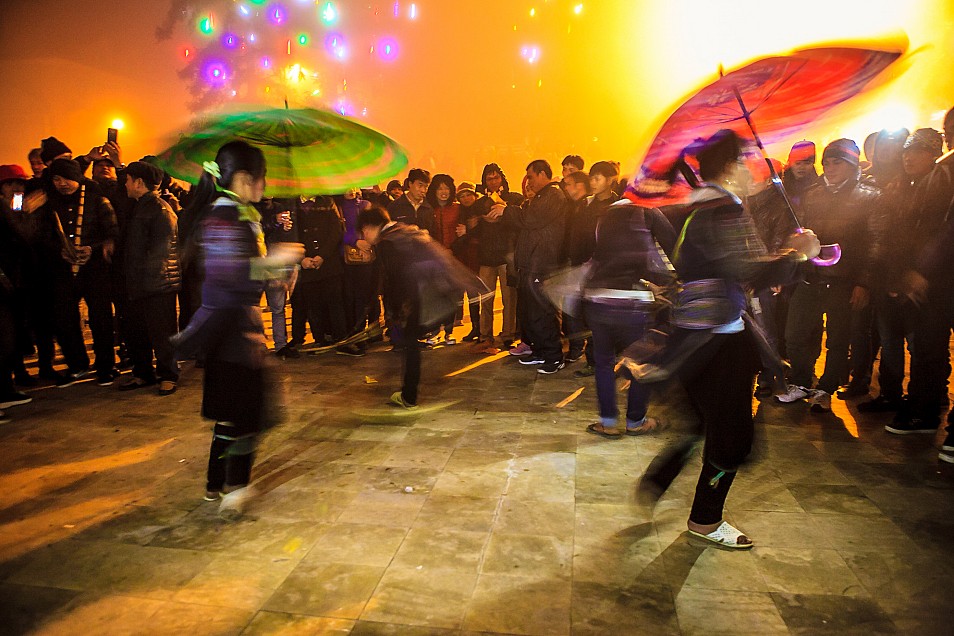 Khau Vai love market to be re-created in northern Vietnam

The re-creation of ethnic minority communities’ Khau Vai traditional love market will be part of the 2014 Khau Vai Tourism, Culture Week, to run in northern Vietnam from April 24 to 26.

The century-old Khau Vai love market, held only once a year in Khau Vai Commune of Ha Giang Province’s Meo Vac District on the 27th of the third lunar month (coinciding with April 26 this year), is intended primarily for ex-lovers, who failed to tie the knot in the past.

Now that they are married to different persons, the market is where they get reunited, talk about their current marriage and ‘warm up’ their lost love.

Many husbands and wives may arrive at the market together, before they both seek their past partners among the crowd.

Once reunited, each former couple claims their own corner near a cliff or deep in the forest, where they would spend the night chatting.

If their former partner fails to show up at the market, that person is highly likely to be dead.

The market is typically joined by Mong, Dao and Lo Lo ethnic minority people, who usually arrive two or three days in preparation for their long-awaited market.

People may also bring along their produce or hand-made items to sell at the market, but the search for love remains its spotlight.

According to the organizer of the tourism week, other activities include the stage re-enactment of a tragic legendary love story, which is the inspiration for the Khau Vai love market, offerings and processions to the temples worshiping the legendary lovers and love duets at the market.

Other highlights will be cuisine fests, folk singing and Giay ethnic people’s drum dance, as well as sessions re-creating the making of traditional “lanh” fabric and brocade and Mong ethnic people’s pan-pipes.