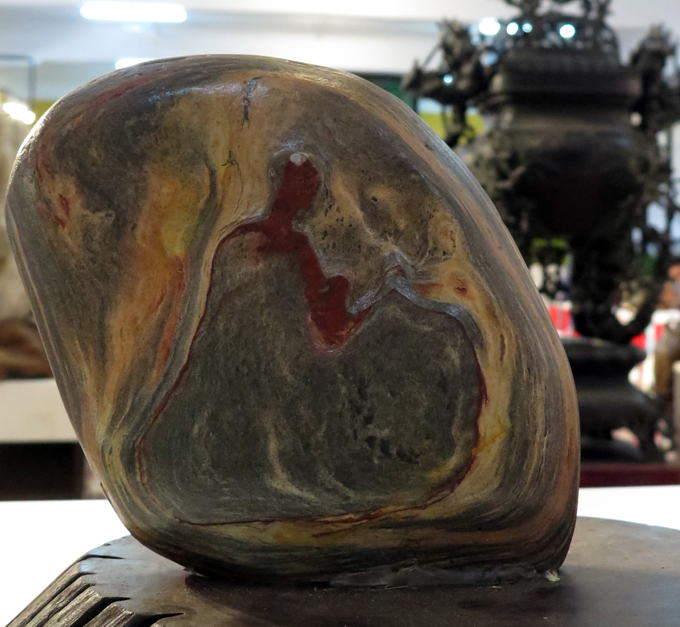 Activities held across Vietnam to commemorate UN Day of Vesak

A host of alluring Buddhist-themed activities is going on around the country to commemorate the United Nations (UN) Day of Vesak 2014 in Vietnam, which kicked off on Wednesday.

Vesak, or “Buddha Day,” is a major Buddhist festival of the year as it celebrates the birth, enlightenment, and death of the Buddha on one single day – the first full moon day in May which falls on Thursday.

Activities under the theme of “Buddhist Perspective towards Achieving the United Nations Millennium Development Goals” have begun at Bai Dinh Pagoda in northern Ninh Binh Province, the main venue of the commemoration, and will run until this Sunday.

The organizing board and 2,000 volunteers are ready to receive around 10,000 participants, including 1,500 guests from 100 countries and 8,500 local Buddhists and visitors.

The event, which is being organized by the National Vietnam Buddhist Sangha in collaboration with the International Council for the Day of Vesak, includes Buddhist conferences, a film festival, and photo exhibitions.

Activities are slated to be focused on numerous matters, the prominent of which are Buddhist responses to sustainable development and social issues, including global warming and environmental protection, wholesome lifestyle, peacekeeping, and post-conflict recovery.

The lotuses, along with thousands of lighted garlands and colored lanterns, provided a stunning spectacle, and drew a large number of locals and visitors.

The activity kicked off the Buddha’s 2558th Birthday Week in Hue.

The flowers, which measured 3.2m in height and 7.5m in width and were placed on seven huge platforms, will stay lit until Sunday.

The week will wrap up with a parade of richly-decorated cars on Hue City’s main streets on May 13.

Charitable activities, presentations and musical performances in celebration of the event will also be held.

Several activities to celebrate the week are also ongoing in HCMC.

One of the highlights is the exhibit of stones with natural Buddhist-themed patterns, which is running for the first time in HCMC until May 13.

The exhibit, “Thach Thien” (Meditative Stones), initiated by local collector Han Tan Quang and held at one of the city’s largest pagodas, Xa Loi Pagoda, 89 Ba Huyen Thanh Quan Street, District 3, features 75 natural stone masterpieces. The stones, which are entirely untouched by humans’ hands, have patterns and veins which strongly resemble a mediating monk, a mother carrying her baby in her arms, and other Buddhist-themed images.

According to local researcher Huynh Ngoc Trang, Quang’s stone collection gathers Mother Nature’s great works over decades or centuries being eroded by the elements, giving them unique veins and shapes and elegant beauty.

The collector is also willing to share his stories on how he discovered the treasured stone pieces with interested visitors at the exhibit.

In the same fashion, an art exhibition for charitable purposes also opened on Monday at the showroom of the HCMC Fine Arts Association to celebrate the Day of Vesak.

The event, which will last until May 9, is also meant to raise funds for Buddhism Today Charity Fund and a project to build a charity center for cancer patients in HCMC.

It was attended by Indian film producer Vinodh Seneviratne and Indian actor Gagan Malik, who plays the role of the Buddha in the Indian movie Sidhartha Gautama which was released in 2013.

Fifty-four Vietnamese artists have brought to the exhibition 80 artworks, including one statue and 79 oil, lacquer and wood paintings, which are categorized in a wide range of topics such as lotus – the iconic flower of Buddhism – Vietnamese landscapes and people, and Buddhism in Vietnam.

All of the artworks will be sold and 40 percent of the sales will go to the fund, while the remaining 60 percent will be channeled into the building of the center for local cancer patients.