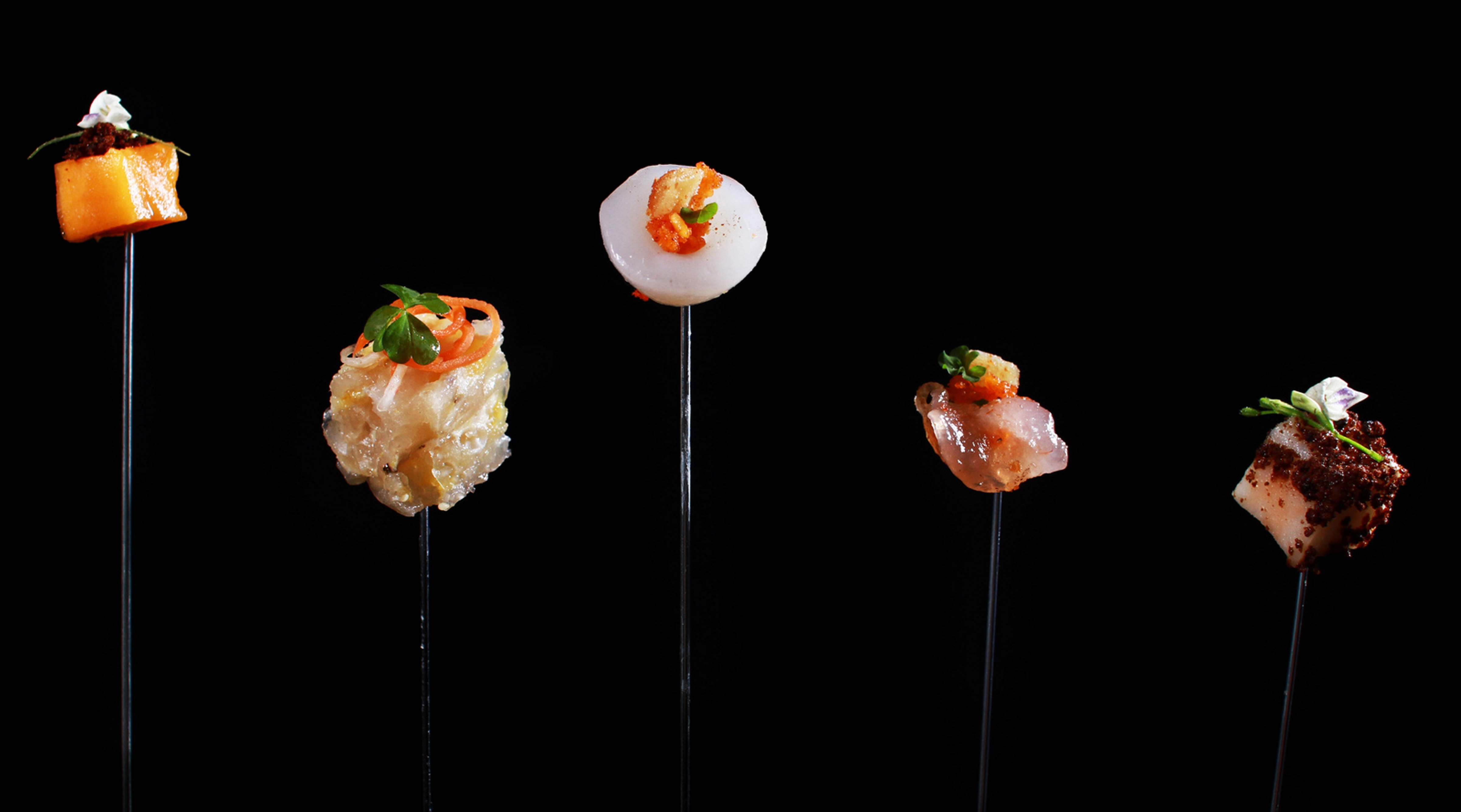 In the past five years, food styling has become popular among the youth of Vietnam’s major cities; with their skills, they turn average dishes into mouthwatering, eye-catching delicacies.

At a 2.5 hour session at his studio, Bui Ly Tien Nguyen, 24, a food stylist in Ho Chi Minh City, took some 300 photos of a single slice of beefsteak on a white background.

The crew also spent one hour taking photos of a bowl of salad. The shoot, which was for a restaurant owner, took Nguyen two days to prepare for.

He painstakingly searched for premium-quality Australian beef at convenience stores and supermarkets and bought 5kg to find the perfect palm-size slice of beefsteak.

The young man also bought some 10kg of salad for just one bowl of greens.

Nguyen keeps a long list of stores and supermarkets that offer quality meat and clean vegetables and fruits.

He has gone to the market as early as 1:00 am to get the best food possible, such as home-raised chicken.

Nguyen revealed that there is more to food styling than simply arranging it – one must capture the food at its best.

For example, from 5kg of beef, Nguyen had to pick the freshest, most appetizing slice.

Nguyen carefully prepared the beef for the photo shoot, applying machine oil to it to make it appear cooked, accentuating the veins of the beef with paint, and giving the slice a fuller look with pads.

Nguyen revealed that most of the food he photographs is raw and it takes an average of two to three hours to prepare it for the shoot.

What makes a successful food stylist

Over two years ago, Nguyen dropped out of the HCMC University of Technology to try his hand at food styling.

After struggling for a few months, he achieved quite a firm standing in the country’s fledgling food styling scene.

Most of his clients are restaurant owners or CEOs of big brands that sell fast food, moon cakes or instant noodles. He also has some foreign customers.

With a contract worth at least US$500, he earns a few thousand dollars each month, but also spends VND2-5 million (up to $235) a month on “idea reinvestment.”

Some food stylists are professional chefs.

Quang Duy, Hoang Nam and Thanh Hoang, who all have some 10 years of experience working as kitchen assistants and chefs, became food stylists in October last year.

They have earned several large contracts, including one for local pottery producer Minh Long, for which they photographed 10 unique Vietnamese delicacies.

“For the dish of mixed ‘banh trang’ (rice paper mixed with shrimp, quail eggs and green mango strings), it looks as if the rice paper sheets were flying. To create this effect, we placed them on a sloping panel of glass, and employed tricks to make the rice paper and other ingredients look glossier and more tempting,” Duy explained.

Nam shared that being a successful food stylist takes a profound knowledge of food along with passion, creativity, patience and an eagerness for growth.

Apart from working on clients’ orders, some food stylists also spend their time creating their own work.

Nguyen Dang Phuong, 31, who trained as a chef in Thailand, boasts a large portfolio of his own creative work from eight years of working as a food stylist.

His success lies mostly in his attention to detail. Even his work for clients is strongly suggestive of his signature style. Local food stylists predict a greater growth in the profession in Hanoi and HCMC in the coming years. However, food stylists have faced many challenges.

One is the hot climate, which causes food to spoil quickly. Because of this, food stylists sometimes resort to faking their products, such as substituting mashed potatoes for ice cream and using plastic fruit.

A number of food stylists have also launched their own studios and food laboratories.

In December of last year, Phuong opened his 300m² Bite studio in District 8 and spent VND800 million ($37,656) on kitchenware, a warehouse and specialized cooking utensils.

Duy, Nam and Hoang – the three with 10 years of experience working as kitchen assistants and chefs – opened Infinity Laboratory, where they try out their innovative ideas.