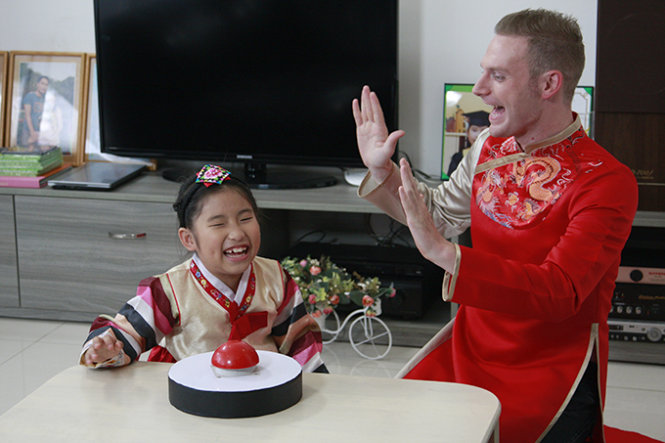 The Vietnamese version of Portuguese-origin reality TV show “Your Face Sounds Familiar Kids,” in which contestants impersonate iconic entertainment celebrities, will air in early October but boys are not allowed to dress up as female stars.

The show, which requires contestants to disguise themselves as certain celebrities, will air on national television channel VTV3 at 9:00 pm every Friday, starting October 3.

The entire show will be broadcast in 10 episodes in a row.

The gala and awards ceremony will also be aired live.

Six kid contestants, aged from nine to 15, will team up with six adult contenders from the first and second series of “Your Face Sounds Familiar” to perform in duos, masquerading as iconic musical performers of different times.

The six adult contenders include Kyo York – an American who has worked in Vietnam as an English teacher, singer, and actor in the past few years and speaks impeccable Vietnamese – and local actors and singers.

The show organizer also makes it clear from the beginning that boys will not be allowed to dress up as female stars to avoid controversy and a public backlash.

Young girls can dress up as male celebrities, however.

The six adult contenders from the two previous series, which ended in March last year and June this year, respectively, will mentor their kid partners to act as iconic musical performers or form famed duets.

The mentors offer advice and guidance to their young protégés based on their own experience as former “Your Face Sounds Familiar” contestants, and help them get the highest scores from the jury and the audience, in the hope of winning the finale show. A large part of the weekly prize will go to charity.

The winner of the finale show will be presented with a prize of VND700 million (US$33,040), with VND500 million to be donated to charities.