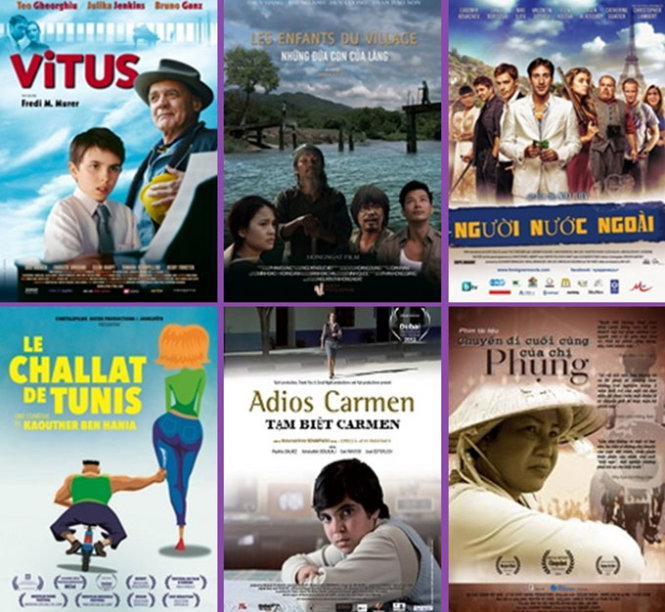 A clutch of activities, including a film festival and two music shows, are poised to take place in several Vietnamese cities in commemoration of the 2015 International Francophone Day, which falls on March 20.

The 2015 Francophone Film Festival will run in Hanoi, Vinh, Hue, and Ho Chi Minh City from Saturday to April 2.

Nine movies from seven French-speaking countries, including France, Bulgaria, Morocco, Switzerland and Tunisia, will be shown at the fest.

Three critically-acclaimed Vietnamese films, “Nhung Dua Con Cua Lang” (The Children of the Village), “Chuyen Di Cuoi Cung Cua Chi Phung” (The Last Journey of Madam Phung), which is a heart-warming documentary on transgender issues, and “Dap Canh Giua Khong Trung” (Flapping in the Middle of Nowhere), will also be screened within the framework of the event.

The composer, singer and musician also claimed the Gold Kunde award for the Best Artist in 2014 at the “Victoires de la Musique” awards ceremony in Burkina Faso.

His albums, including the latest “Yiki,” have been enthusiastically embraced in several countries.

Also in the framework of the program to mark the International Francophone Day is a performance of French classical music by Vietnamese artist Cao Thanh Lan.

Lan’s piano recital is set to be held at 8:00 pm on Thursday next week at IDECAF and 8:00 pm on Saturday the same week at L’Espace.

She earned a gold medal at the Asia International Piano Competition in South Korea in 2011.

The artist is most known for her ingenious combination of classical and experimental music and projects which blend piano solos, electro music, dance, and multimedia performance art.

Tickets to both the music events cost VND160,000 (US$7.5) apiece, with 50 percent discounts offered for students.

Francophones around the world celebrate the International Francophone Day on March 20 every year.

This day is the focal point of a two-week celebration, the National Francophone Week, which runs in March every year.

The International Francophone Day was first celebrated in 1998 as a way for the 49 members of the Organisation Internationale de la Francophonie (International Organization of the Francophone) to cherish their shared bond, the French language, and their cultural assets and diversity.