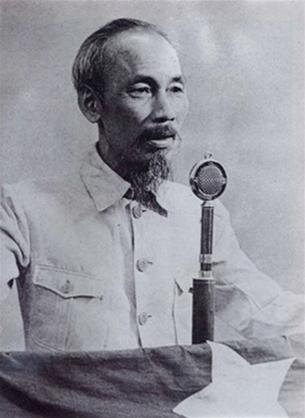 A portrait depicting late Vietnamese President Ho Chi Minh with fresh lotuses, which will be named the world’s largest of its kind, will be on display in the central region this weekend.

Placed on a one-meter-high platform, the item will be solemnly positioned at Dai Tue Pagoda atop the Dai Hue Mountain, which towers in Nam Dan District in Nghe An Province, the Radio the Voice of Vietnam cited representatives of the Vietnam Book of Records (VietKings) as saying on Monday.

The painting, which will be open to the public this Sunday, is part of the activities to commemorate the president’s 125th birthday (May 19).

The portrait is expected to be named the world’s largest by the World Records Union (WorldKings) the same day, the Communist Party of Vietnam’s website reported.

President Ho Chi Minh (1890-1969) was an eminent revolutionist and scholar and was key to the country’s triumphs to gain independence in the 20th century.

He composed and read the country’s Declaration of Independence in 1945 and served as its president from 1945 to 1969.

President Ho is highly revered by locals and people around the world, and was voted one of the 20th century’s 100 most influential personalities by Time Magazine.