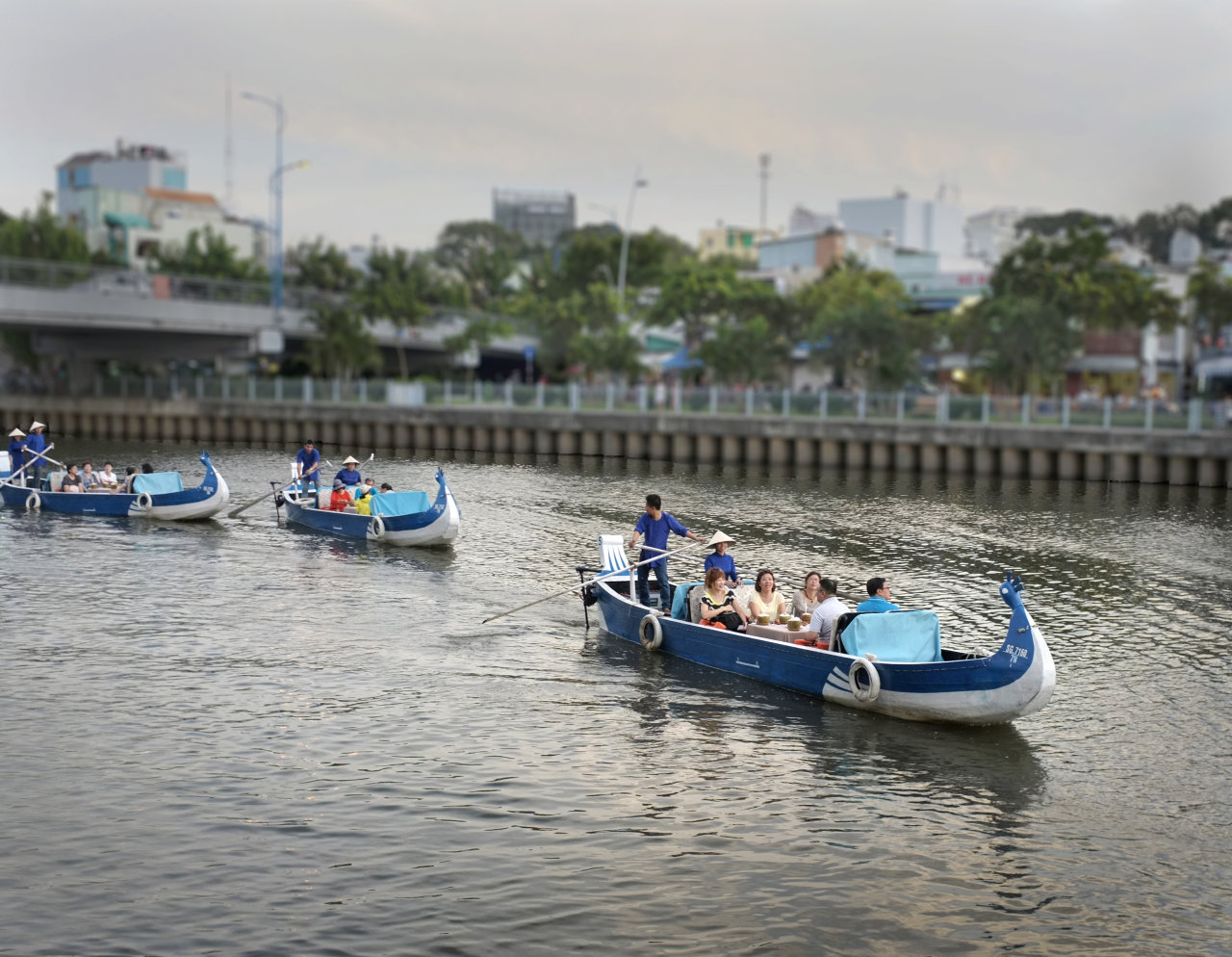 Ho Chi Minh City to give impetus to waterway tourism

Authorities in Ho Chi Minh City are planning to make the best use of its rivers and canals to develop waterway tourism, with many programs to be run in the near future.

At least seven tours are anticipated to be organized along local rivers such as Saigon, Dong Nai, Soai Rap, Nha Be, and other canals snaking through the southern city by the year 2020.

According to a three-year plan (2017-20) on developing waterway tourism recently approved by the municipal People’s Committee, Bach Dang Wharf will become a central terminal and the starting point of all river tours.

The nearby park will house a zone for shopping, drinks and fast food, a tourist help center, and tourism events.

During the 2017-18 period, visitors will be given the chance to embark on journeys from Bach Dang Wharf in District 1 to District 7, District 5, and District 8.

The journey will start at Bach Dang Wharf and end at the Phu My Hung New Urban Area in District 7, where tourists will be able to visit local attractions such as Crescent Lake and Starlight Bridge in a three-to-four-hour stay.

Another journey will take tourists from Bach Dang to District 5 and District 8 along the Saigon River, Ben Nghe Canal, Kenh Te, and Tau Hu-Lo Gom Canal.

During the tour, visitors will have the chance to observe Vo Van Kiet Avenue, Long Hoa Pagoda in District 8, and enjoy the lantern street, eastern medicine street, and Chinese cuisine in District 5.

A variety of activities will also be incorporated into the destinations for a better and more exciting travel experience.

Further along, the city will start organizing a river tour to District 9, taking travelers to local orchards and pagodas, the Ao Dai Museum, and Long Phuoc Islet, with activities including farming, cooking lessons, and cycling.

Aside from introducing the new tours, the city’s administration has requested an upgrade of existing waterway tourism resources, namely journeys along the Nhieu Loc-Thi Nghe Canal, tours to Binh Quoi Tourist Village, Cu Chi District, and Can Gio District.

Tran Vinh Tuyen, vice-chairman of the municipal People’s Committee, has asked the Department of Transport to expedite the organization of the new river tours.

The Department of Tourism is requested to offer assistance by establishing signature projects to attract more tourists.

The southern city is also expected to open its maiden river bus route from District 1 to Thu Duc District in August, which stops at nine terminals in an over-10-kilometer journey.