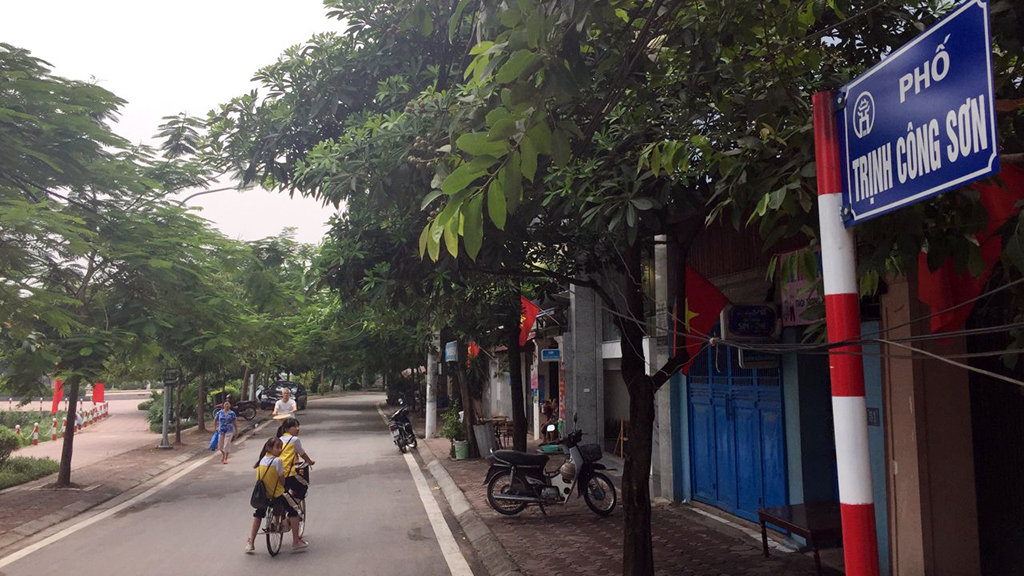 Trinh Cong Son Street in Tay Ho District, Hanoi is set to become pedestrian-only during the evening on weekends from Saturday next week, creating a new cultural meeting point for locals and tourists.

The small, alley-like street lies adjacent to a lotus pond that is part of Hanoi’s West Lake, the largestfreshwater lake in the Vietnamese capital.

The walking street will formally open at 7:00 pm on August 19, with a grand ceremony held on a 2,000-square-meter outdoor stage.

The street bears the name of Trinh Cong Son, a 20th-century Vietnamese songwriter who is widely considered among the most prominent figures in modern Vietnamese music.

Son’s works range from love songs to anti-war songs written during and about the American war in Vietnam.

Regular music nights featuring songs written by Son will be held at the walking street, together with other traditional art forms such as folk singing and water puppet shows.

Visitors can also shop at around 60 stands selling souvenirs, foods and drinks that replicate ancient Vietnamese architecture from different regions of Vietnam.

The street will be off-limits to all forms of vehicle on Fridays, Saturdays and Sundays from 7:30 pm.

According to Do Anh Tuan, deputy chairman of Hanoi’s Tay Ho District, the walking street is funded entirely by the district’s budget, and is expected to give a boost to local tourism and add a highlight to the overall landscape of the iconic West Lake.

The walking street will be piloted for some time before further adjustments are made if necessary to ensure it becomes a long-standing Hanoi attraction, Tuan said.