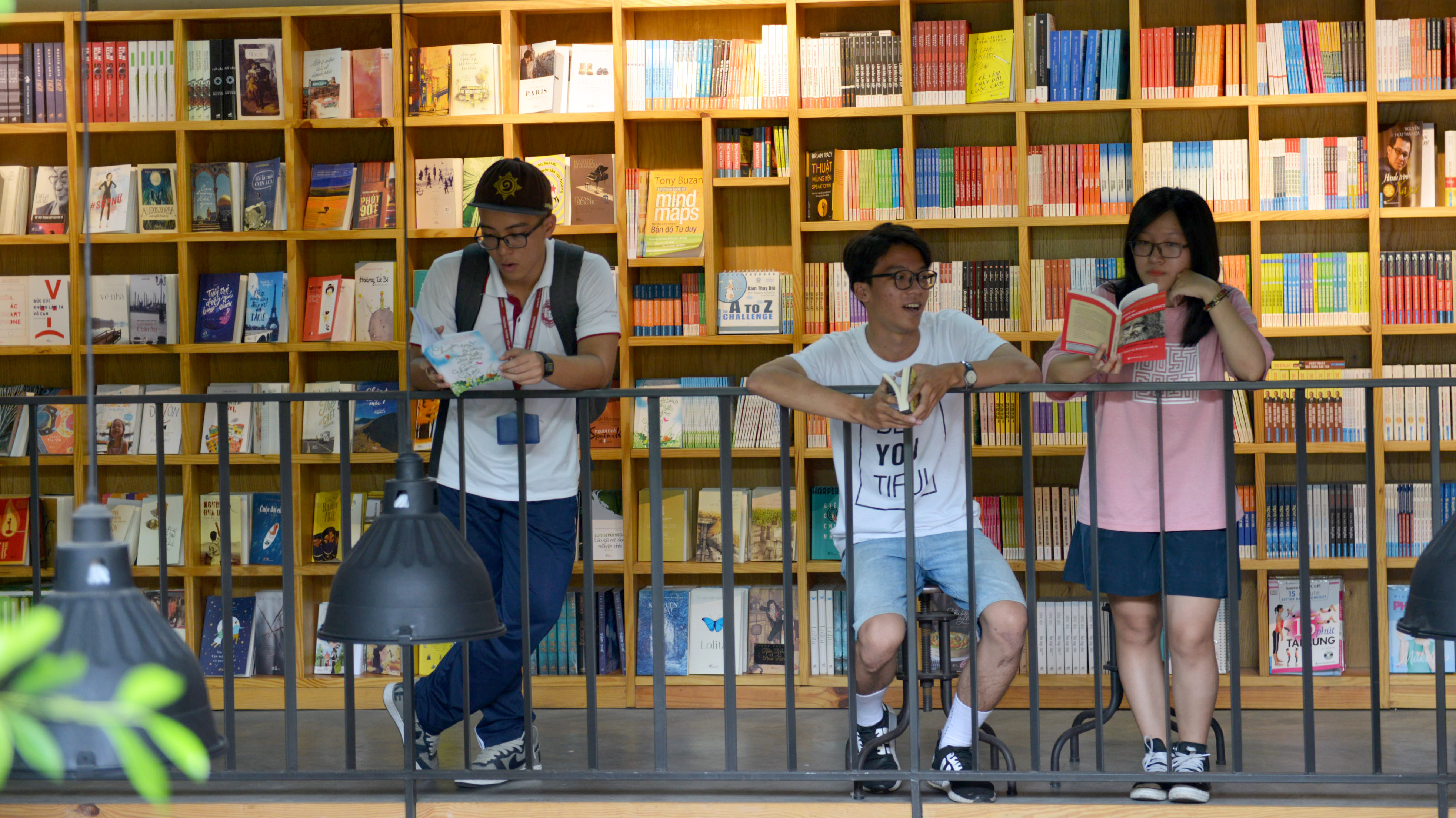 The opening of the 100th location of a Vietnamese bookstore franchise is bringing new optimism about the future of books in the country.

FAHASA, a popular book distributor in Vietnam for the last 40 years, has announced that its 100th store will open on Thursday at the AEON Long Bien shopping mall in Hanoi.

The event is a historic milestone for both the company and Vietnam’s book industry, which has been invaded by digital publications over the past decade.

Phuong Nam Corp (PNC), another major player in the domestic book market, has also unveiled its plan to open two other ‘book cities’ in Ho Chi Minh City by the end of this year, following the success of its first in Binh Duong.

The show is held every Sunday, each week featuring a different topic revolving around equipping Vietnamese youths with the skills they need for life.

“These types of shows require a big enough venue so that the speaker and audience can interact with each other, and every topic is connected to a set of books, so there’s no better place for it to be held than at a bookstore,” said Hoa Binh, Nha Nam’s media representative.

The 200-square-meter Nha Nam book café was launched in May to overwhelming public response, proving once again the path taken by local bookstores in their quest to maintain public interest in the printed book.

“Visiting bookstores is an experience of its own,” said Pham Minh Thuan, CEO of FAHASA. “It’s where children get their weekend gifts, where parents take photos with their kids, and where events are organized in a friendly, book-filled space with enthusiastic employees available to support customers. You can’t get that from an online store.”

According to Thuan, the global surge in the popularity of digital books began in 2007 and lasted until 2010.

However, Thuan said, since 2012 traditional print books have made an impressive comeback, at least in the domestic market, and are currently reporting steady growth alongside ebooks.

The CEO added that digital books and print books both have their own audience and therefore would not thrive at the cost of the other.

Though choosing not to disclose raw numbers, Dong A Book Company said they had experienced steady growth since 2014, with 2015 revenues 15-25 percent more than the previous year.

Kim Dong Publishing House, which targets children and young adults, realized an astounding 161-percent increase in revenue in 2016 compared to 2015.

“Imagine a little boy buying his first book from a small bookstore in his grade school years, who would then meet up with his friends there during high school, and even re-visit the shop years after studying abroad to find his past. Bookstores have become a time capsule for customers,” said Duong Thanh Hoai, deputy director of Nha Nam.