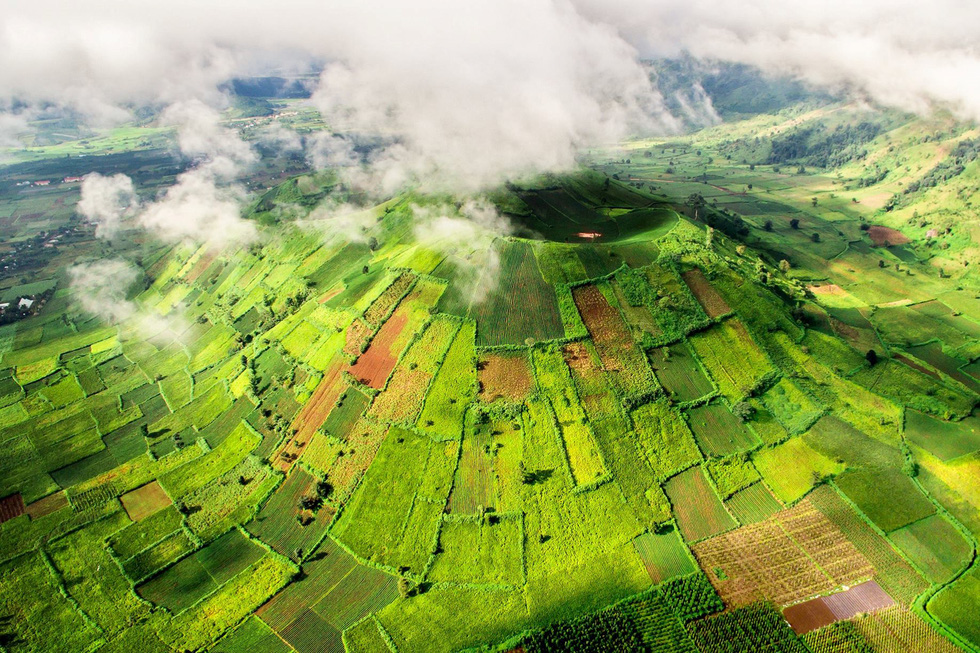 The second annual wild sunflower festival kicked off in Vietnam’s Central Highlands on Saturday, attracting many visitors with the beautiful yellow color of the plateau’s signature blossom.

The destination is located near the Chu Dang Ya Extinct Volcano.

Aside from witnessing the magnificent wild sunflowers, visitors are able to enjoy a series of interesting activities, namely brocade weaving, calligraphy, Gong performances, statue sculpturing, and the making of ethnic musical instruments.

They can also have a taste of local delicacies cooked by the villagers themselves, including ‘com lam,’ which is bamboo-cooked rice, grilled chicken, and ‘ruou can,’ a type of alcohol made of cooked glutinous rice and mixed with several kinds of herbs.

The activities are aimed at boosting the locality’s natural and cultural merits as well as attracting visitors from other places.

The wild sunflower, locally known as ‘hoa da quy,’ often blooms in the winter, signaling the beginning of the dry season in the plateau.

The wild sunflower festival was first organized by the People’s Committee in Chu Pah District from November 24 to 26, 2017.

The Chu Dang Ya Extinct Volcano is approximately 30 kilometers from Pleiku City, the capital of Gia Lai Province.