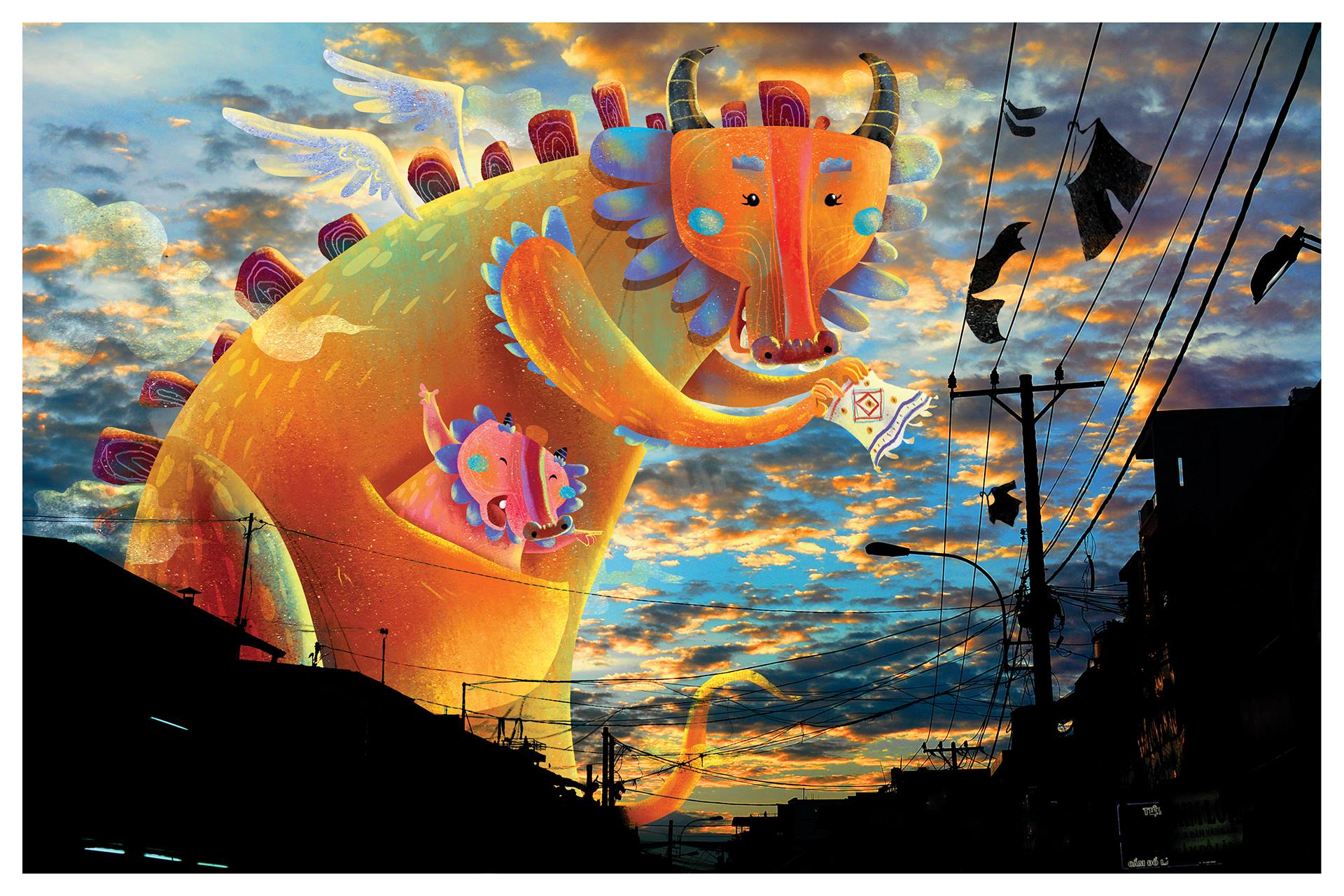 The ICCRF was established in Thailand in 2017 to raise awareness for children’s and the youth's literary content.

It serves as a platform for creative amateurs and professionals from ASEAN countries to present and develop their potential in children’s and youth content creation.

The main objectives of the awards are to raise standards and showcase the works of regional illustrators while encouraging interest in reading and literary art in a new generation of illustrators, youth, and the general public.

Phuc and Trang, both 29, received a cash prize worth $2,500 for their collection successfully depicting a ‘pure children’s world.’

“Working in the children’s literature field, Phuc and I always try to create interesting and beautiful books so that the children can unleash their imagination,” Trang told Tuoi Tre (Youth) newspaper.

“Our entries [to the ASEAN Illustration Award] were also aimed at that purpose,” she added.

The highest prize of the competition – the ASEAN Children’s Book Illustrator Award of Excellence – went to Mohd Khairul Azman Ismail, a veteran illustration artist from Malaysia.

The teacher and children’s picture book illustrator was given $5,000 and a plaque graciously awarded by Thai Princess Maha Chakri Sirindhorn.

All of the entries to the contest were exhibited at the second ICCRF held at the Chiang Mai International Exhibition and Convention Center (CMECC) in Chiang Mai, Thailand from November 29 to December 2.