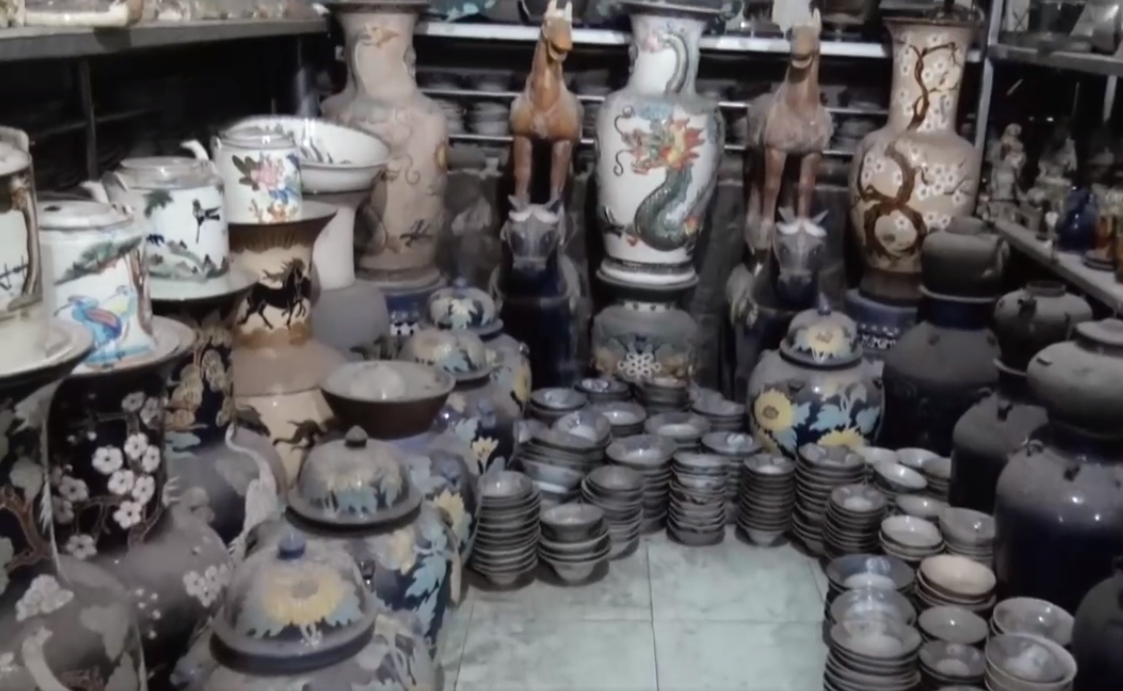 An art collector in Ho Chi Minh City has earned nationwide fame for his massive collection of ceramics documenting the last 2000 years of human history.

Dinh Cong Tuong, informally known in the Vietnamese antique collecting community as the ‘king of pottery’, has made a name for himself with his 100,000 piece collection of pottery which boasts several pieces dating as far back as the first century.

Truong’s collection is so massive that it is practically overflowing from his 1,000-square-meter three-story building in Hiep Thanh Ward, District 12, Ho Chi Minh City.

The 51-year-old said he has spent nearly 30 years traveling across Vietnam and throughout several foreign countries seeking antique ceramics and pursing week long efforts to convince their owners to let him purchase the pottery.

Most of his prized pieces come from a smattering of Vietnam’s major civilizations, including the Sa Huynh culture, which thrived between 3,000 and 1,800 years ago along Vietnam’s central coast; the Dong Son and Bronze Age cultures in the northern region; and Oc Eo, a culture which flourished between the first and seventh centuries.

Also included in his collection are several foreign pieces produced between the 12th and 20th centuries in China, France, Japan, Hong Kong, and Singapore.

Tuong said using special chemicals to give new pottery an old-fashioned hue is a growing trend amongst unscrupulous dealers hoping to trick collectors with untrained eyes.

A crucial clue in the evaluating whether a piece is real or fake, he explained, is the shade of yellow at the bottom of a piece.

Pieces made of pure clay tend to turn darker as they age while modern pottery made from mixed clay tends to just turn black at the base.

Tuong has received significant recognition for his collection, one of which is a certificate from UNESCO praising his efforts in the preservation of cultural heritage.

The man, currently on the track to owning the largest pottery collection in Asia, hasn’t sold a single item since he first took up the hobby 30 years ago.

He currently plans to exhibit his ceramics to the general public in the hopes of promoting a better understanding of Vietnamese culture and history.