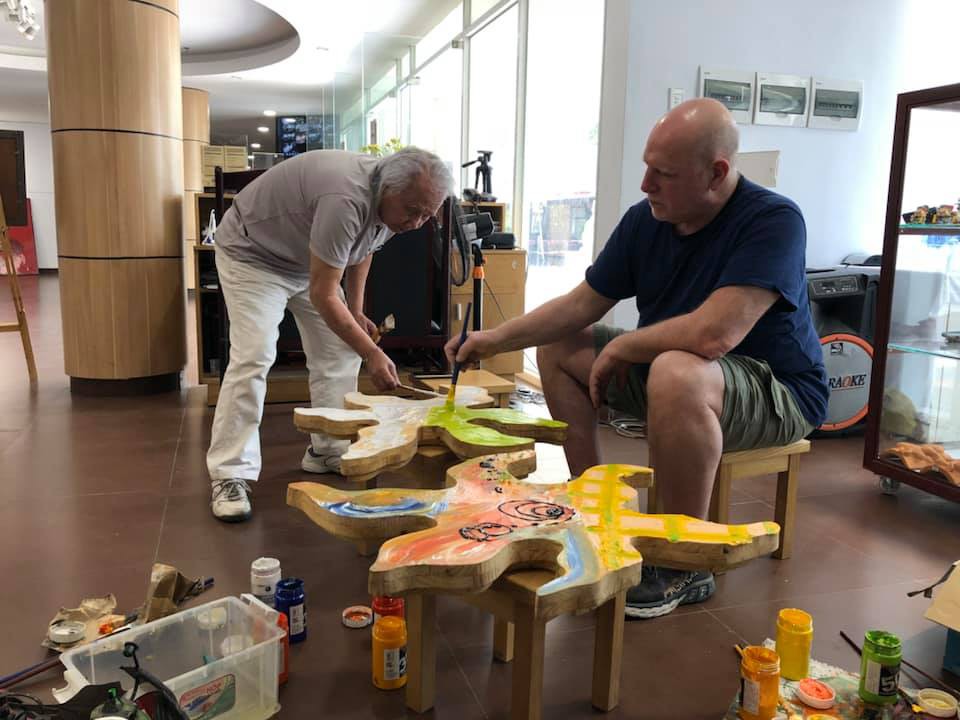 Several unique paintings and multimedia installations created by American artist Mark Cooper and French-Vietnamese artist Vu Trong Thuan are on display in the central city of Da Nang from now until late April.

The exhibition entitled “Bridge” is being held in conjunction with the Da Nang Fine Arts Museum until April 20 and features 35 multimedia artworks which highlight a harmonious interaction between installation techniques, materials, cultural imprints, and the artists’ ideas.

The main idea behind the works is to emphasize each individual piece’s role in forming a larger artwork, according to Mark Cooper.

“This is a metaphor that if we work together, great things can happen,” the American artist said of the exhibition that kicked off on Wednesday.

Alongside Cooper, Vietnamese artist Thuan is debuting newly-created pieces at the event, including “Moon," “Storm," and “Boat."

Cooper, who currently lives and works in Boston, Massachusetts, in the U.S., is known worldwide for his large-scale installations.

His work has been displayed in exhibitions around the world, including in Vietnam, China, England, France, and Austria.

Vu Trong Thuan spent many years in France before returning to Vietnam to fulfill his passion for art.

Thuan is credited as a major contributor to Da Nang’s art scene and is known for his large-scale abstract paintings in lacquer and mixed acrylic materials.

Below are some photos from the ongoing exhibition in Da Nang: