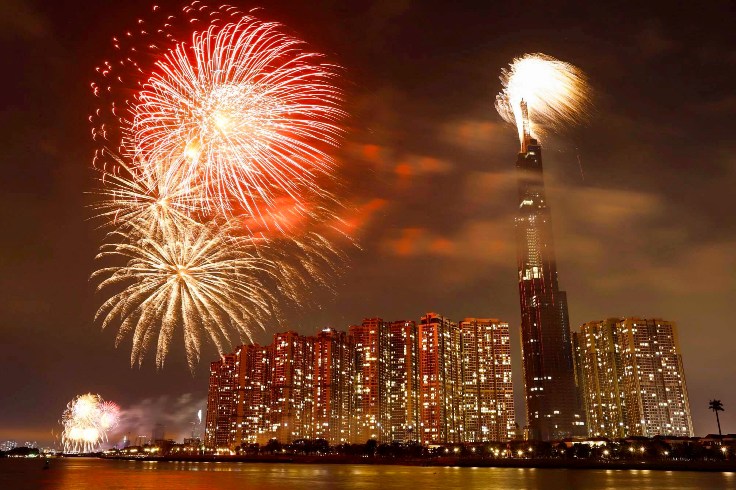 Fireworks will sparkle at three locations in Ho Chi Minh City, including Landmark 81, the tallest building in Vietnam, to celebrate Vietnam’s Reunification Day later this month.

The performances will take place from 9:00 pm to 9:15 pm on April 30, marking the 44th anniversary of the nation’s Reunification Day, according to a recent directive issued by the municipal administration.

Two high-altitude fireworks displays will be carried out at the Saigon River Tunnel in District 2 and Landmark 81 in Binh Thanh District.

One low-range show will be organized at Dam Sen Theme Park in District 11.

At 461.2 meters high, the Landmark 81, located at the heart of a luxury residential complex developed by Vietnamese conglomerate Vingroup, is Vietnam’s tallest skyscraper and the 14th tallest building in the world.

The building hosted its first-ever fireworks displays on the 2019 Lunar New Year’s Eve, five months after its inauguration in July 2018.

The municipal Department of Transport will be in charge of redirecting traffic along streets near the three locations so that residents will be able to enjoy the shows.

Public workers in Vietnam are expected to be given five days off to celebrate the upcoming Reunification Day (April 30) and International Workers’ Day (May 1).

The holiday will run from Saturday, April 27, till the end of Wednesday, May 1.