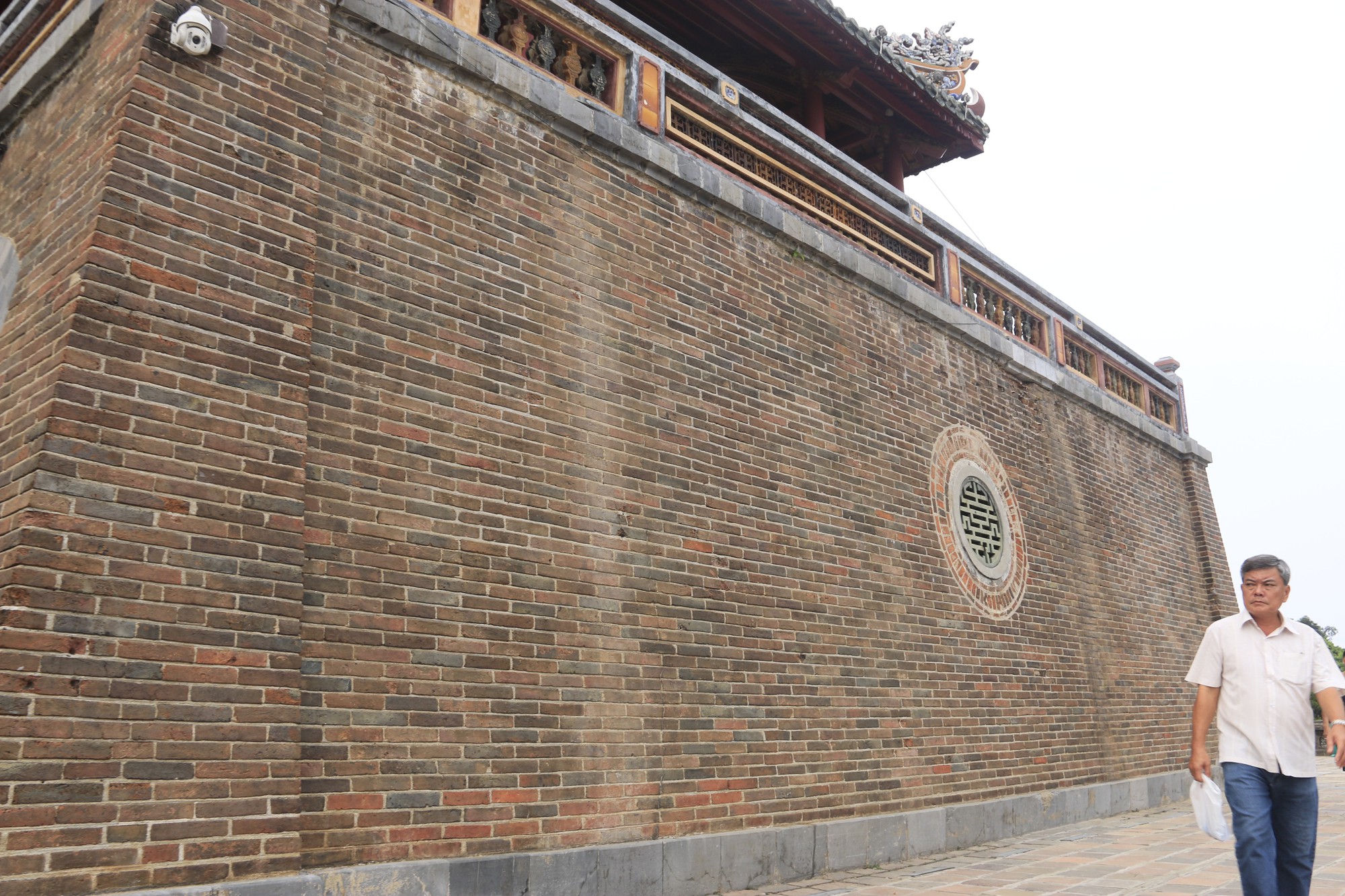 A project to revamp the look of the main gate to Imperial City in Hue, undertaken with assistance from German experts, is the talk of the town upon its completion.

The Meridian Gate, also known as the South Gate or Ngo Mon in Vietnamese, is an architectural relic from the Nguyen Dynasty, Vietnam's last monarchy, in Hue, the capital of the central province of Thua Thien-Hue.

The cleaning project’s main aim was to remove the dirt, moss, and fungus that had piled up on the wall over the past two-and-a-half centuries.

Now, the ancient wall looks brighter, with the original yellow bricks unveiled – a welcome replacement for the dark, mossy color that once coated the walls.

The walkways made from white stones also have been restored to their original color.

Visitors to Hue have expressed their excitement at the new look of the Ngo Mon.

“I really like the yellow brick wall with its royal color.”

The Ngo Mon cleaning project was executed by the Hue Relics Preservation Center, in cooperation with a German cleansing technology company which used an eco-friendly and chemical-free method known as steam cleaning.

The method involves using a cleaning machine to turn water into steam and a special nozzle to increase pressure of the steam flow to 0.5-1 bar as it exited the pipe and hit the Ngo Mon’s walls.

This cleaning technique helped remove the dirt, moss, and mold that had built up on the surface of the construction’s walls.

It also destroyed bacteria that had been living deep inside the rocks below the surface thanks to the high temperature of the steam, according to Andrea Teufel, a conservation expert from Germany.

In addition, the method also prevents bacteria from returning to the walls for an extended period of time compared to normal manual cleansing methods.

Phan Thanh Hai, director of Thua Thien-Hue culture department, assured that the cleaning activities do not affect the existing state of the ancient construction.

“We also worked to ensure the process of cleaning doesn’t affect tourism activities at the Hue Citadel, as Ngo Mon remains the main entrance for visitors to this historical site,” Hai added.

A 14-man crew, including two foreign experts and six experts from the Hue Relics Preservation Center, worked around the clock to complete the project in just 15 days from mid-March.

Below are some photos of the Meridian Gate before and after clean-up.