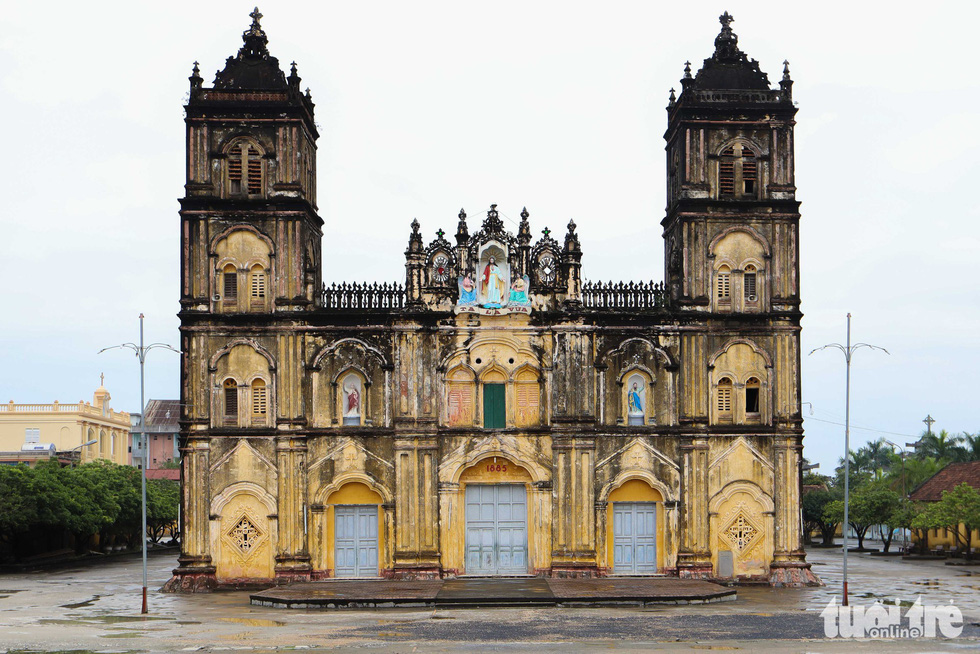 In Vietnam, disassembly of 134-year-old church postponed indefinitely after outcry

A plan to disassemble a 134-year-old church in Nam Dinh Province of northern Vietnam has been put on hold indefinitely, days before works were set to begin, after it was met with a public backlash.

Built in 1885 during French colonism, the Bui Chu Cathedral serves as a namesake diocese in Nam Dinh with over 412,000 Catholics.

It is the oldest Roman Catholic diocese in Vietnam, founded in 1533 during the first wave of European missionaries who arrived in the area to proselytize.

Decades of use with little maintenance has left the church in a bad state of degradation, posing risk of collapse and raising safety concerns among churchgoers.

After years of consideration, it was decided in 2016 by a council of priests and local followers that the current church had to be disassembled to make space for a new one to be built on its ground, bearing the same design and architecture albeit with entirely new materials.

With a construction permit granted, the designated date for disassembly was set for May 13, 2019.

However, the plan has faced outcries from conservationists and architects in Vietnam who argued that efforts must be made to restore and preserve the historical building instead of pulling it apart.

A delegation of culture ministry officials also visited the church and provincial administration of Nam Dinh on Tuesday to try and reach a compromise on the fate of the 134-year-old edifice.

Their efforts seem to have paid off, as the Bui Chu Diocese on Friday posted an announcement on its official website saying that the church’s disassembly would be postponed indefinitely after “prayers and thoughts."

“After some prayers and thoughts as well as listening to feedback from priests and those who deeply care about the Bui Chu Cathedral, we would like to announce that the disassembly of the church has come to a halt,” it reads.

The one-sentence announcement, signed by vicar general Nguyen Duc Giang of the Bui Chu Diocese, offers no further elaboration on the decision.

Bui Chu Cathedral is considered a one-of-a-kind architectural gem that holds a significant place in the history of Catholicism in Vietnam.

As the priest who oversaw its construction was Spanish, Bui Chu’s design incorporated elements of baroque architecture with inspirations from East Asian culture.

Most materials used in the construction of the cathedral were sourced locally, allowing the structure to have withstood the tropical climate of northern Vietnam for nearly one and a half centuries, according to Vietnamese architect Cao Thanh Nghiep.

At 78 meters long, 27 meters wide and 15 meters high, Bui Chu is also one of the largest Catholic churches in the area.