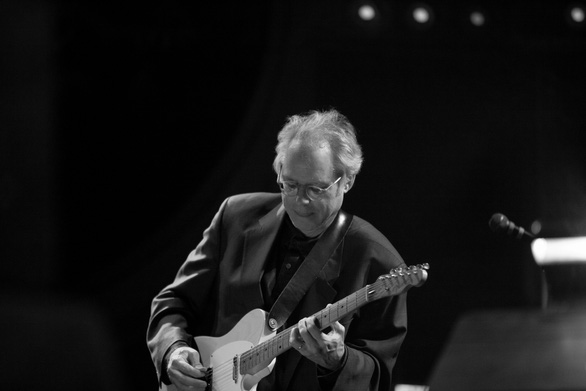 Renowned jazz guitarist and composer Bill Frisell, a Grammy-winning artist, will stage his very first performance in Vietnam in a show in Ho Chi Minh City on May 26.

Born in 1951 and having been proactive in jazz since the late 1980s, Frisell is considered a living legend in the music world.

He won the 2005 Grammy Award for Best Contemporary Jazz Album for his album “Unspeakable."

The American jazz guitarist is set to play in Ho Chi Minh City this month as part of his Soul Live Project Series: Jazz Through Time, a project aimed at introducing Vietnamese audiences to the unique diversity of jazz music performed by world-class, prominent artists.

In his first-ever Vietnam show, titled “Bill Frisell: Summer on Guitar," Frisell will be joined by American jazz musician Thomas Morgan on bass and Rudy Royston on drums, according to the organizers.

“I’m really excited about this performance tour in Vietnam,” Frisell told the organizers, adding that he is glad to be playing alongside Morgan and Royston.

“We’ve been playing together in recent years, but the feeling is still totally fresh.”

The Grammy Award winner also shared he feels lucky that so many people have an interest in his music.

Tickets to Frisell’s concert are now available at https://dreamspass.vn/slp-billfrisell/