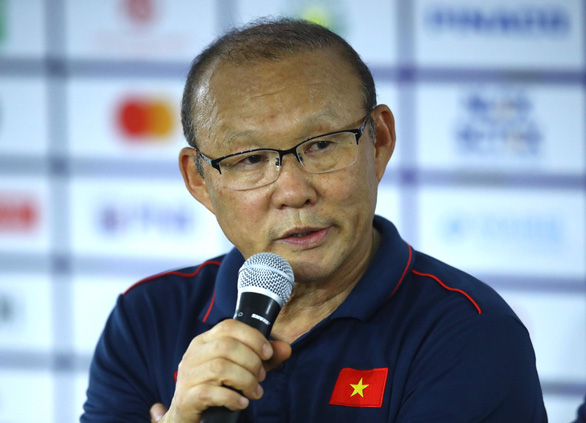 ‘Vietnam-style village’ to be built in hometown of beloved S.Korean manager: media

Authorities in Sancheong, a county in South Gyeongsang Province in southeastern South Korea and the hometown of football coach Park Hang Seo, will push to build a Vietnam-style village dedicated to the manager’s special ties with the Southeast Asian country, the Korean media reported.

Local officials said Park had agreed to serve as an honorary ambassador of Sancheong County during a trip to visit his hometown early this year, according to the Yonhap News Agency.

Park, 60, has become a household name in both South Korea and Vietnam after achieving sensational successes as the head coach of the national and under-23 men’s football teams of the Southeast Asian country since taking the helm in October 2017.

His feats include the fourth place at the 2018 Asian Games and the 2018 Suzuki Cup title.

Park recently renewed his contract with Vietnam’s football governing body to extend his coaching until 2023.

According to Sancheong authorities, the planned Vietnamese village, located not far from Park’s home, will feature a football-themed exhibition area and a football café.

In addition, a number of Vietnamese restaurants will be established along with murals of Park as a young football player.

Vietnam’s tourist attractions will also be displayed in the village.

The village will be linked to existing tourist destinations such as Saengcho International Sculpture Park and Sancheong Museum.

The county said it will spend about US$3.39 million on the Vietnamese village project, with construction scheduled to begin in 2021, the Korean-language Dong-A Ilbo newspaper reported.

“We have concluded that a new tourism resource will be needed to lead Vietnamese tourists to visit Sancheong,” a county official was quoted by Yonhap as saying.

“The Vietnamese village is expected to provide a good sight for domestic tourists as well.”

According to Yonhap, following the impressive performances of coach Park with Vietnamese football, more than 20 groups of Vietnamese tourists visited Sancheong between April and November this year.