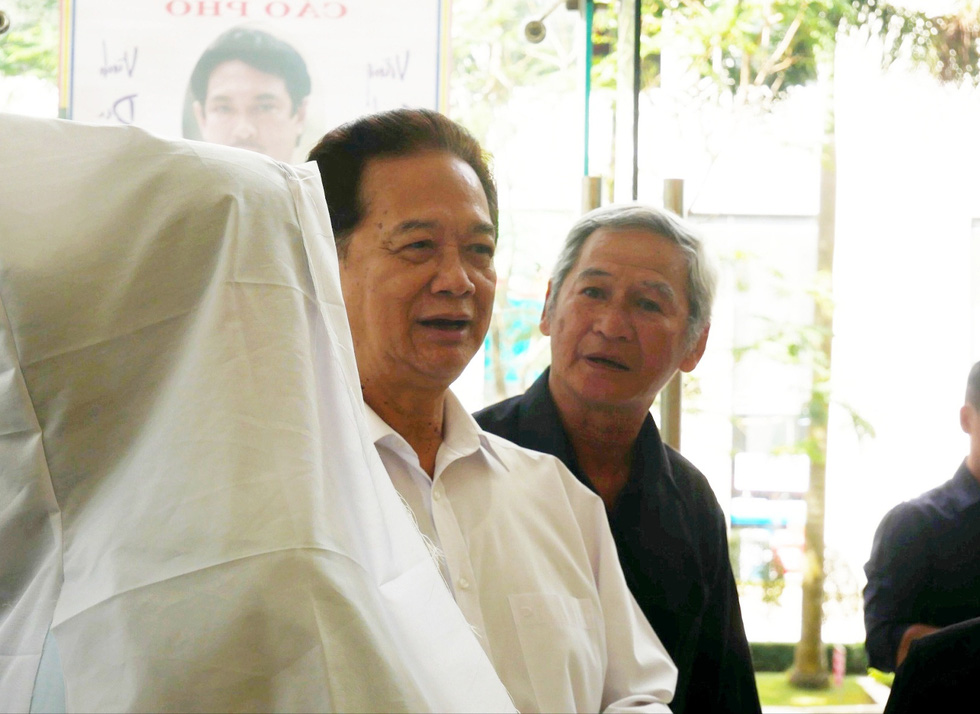 Nguyen Chanh Tin, a cinema icon in the 1980s in Vietnam who passed away at 67 on Saturday, was remembered by former Vietnamese Prime Minister Nguyen Tan Dung and colleagues at a funeral on Sunday.

The heartthrob of black-and-white Vietnamese cinema died in his sleep at his home in Ho Chi Minh City on early Saturday morning.

His wife, singer Bich Tram, had come to wake him up in the morning only to find him no longer breathing, their daughter told the local media.

Tin’s funeral is being held at his residence in District 7.

Many prominent individuals, including former PM Nguyen Tan Dung, came to bid farewell to the late actor on Sunday.

Tin’s colleagues and juniors in the film industry also paid their last respects to the late actor at his funeral.

Nguyen Chanh Tin was born in 1952 to a family with a tradition in martial arts in the former province of Rach Gia, which is now part of Kien Giang Province in the Mekong Delta.

He first starred in a movie in Ho Chi Minh City in 1972, when the southern metropolis was still known as Saigon.

Tin’s good looks earned him a status of being somewhat of a cinema heartthrob in the 1970s.

In 1982, his leading role in ‘Van bai lat ngua’ (Cards on the Table), an eight-part film series that drew hundreds of thousands of viewers to their black-and-white television sets, made him phenomenally popular throughout the country.

The actor continued to impress the Vietnamese audience with several other film roles, as well as his charm as a TV show host, singer, and film producer.

Tin starred in his last film in 2017, when he returned to acting after a hiatus.

The cremation of the late star will take place on Wednesday.