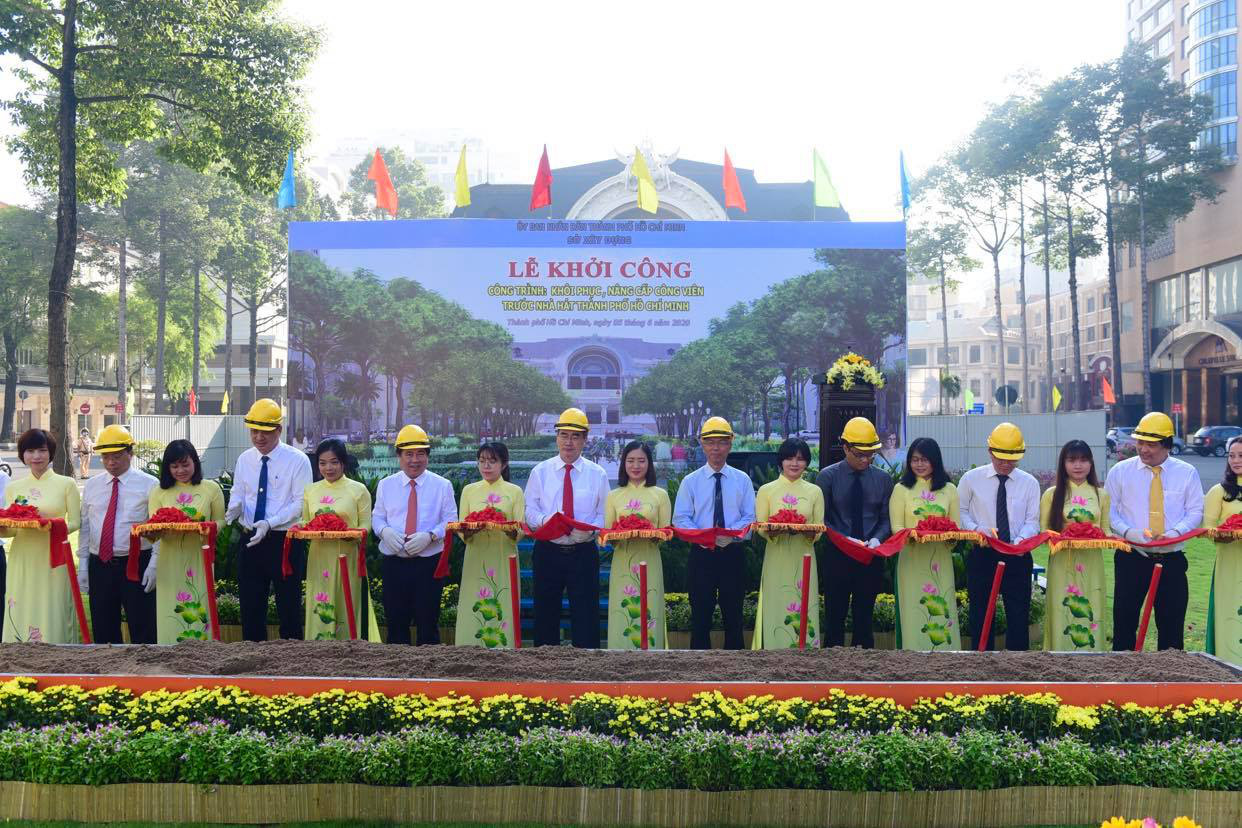 Ho Chi Minh City’s authorities on Friday officially broke ground on a project to rebuild an old park in front of the Municipal Theater previously cleared for metro construction.

The municipal Department of Planning and Architecture will be collaborating with the city’s Department of Construction on the project, which aims to rebuild Lam Son Park, located opposite the Municipal Theater, also informally known as the Saigon Opera House.

A video shows Ho Chi Minh City’s top officials cut the ribbon on a project to rebuild a park in front of the Municipal Theater in District 1, June 5, 2020. Video: Chau Tuan / Tuoi Tre

“We envision that the new park will have open spaces that can be used for many various functions, meet the local residents’ and visitors’ demand for promenade, as well as hold cultural events. This will be a connection point between the cultural, political, and commercial spaces of the city,” Binh added.

The municipal Department of Planning and Architecture announced they had picked a special design for the 1,300-square-meter park.

The area in front of the Municipal Theater and a part of an alley leading to nearby Nguyen Hue Walking Street will be populated primarily by trees, according to the selected design.

Green spaces will be divided into three layers with a view to keeping as many existing trees as possible while other varieties of trees will be added to make for a vibrant and inviting atmosphere.

Lam Son Park was previously cleared for the construction of an underground terminal of Ho Chi Minh City’s first metro line, with the area in front of the Municipal Theater fenced off for six years.

As the construction is almost complete and the fences were removed in April, the area of the old park has been handed back to the municipal Department of Transportation.