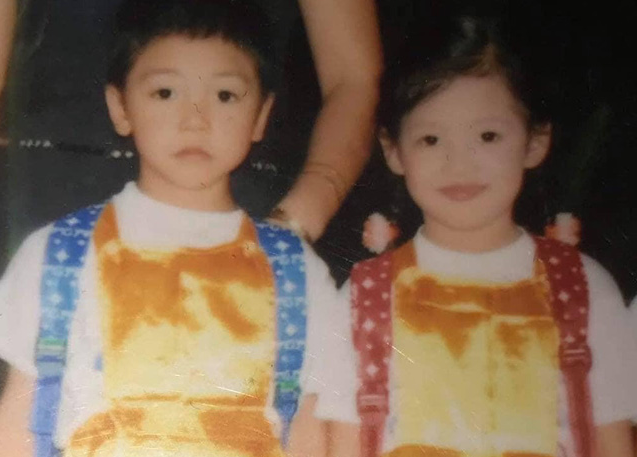 The story of two Hanoian teenagers who recently discovered they had been friends as toddlers, 11 years before the start of their romance, has gone viral among Vietnamese netizens.

Teenage sweethearts Dong Hang and Viet Khoa, both aged 17, thought their romance began with a simple flirt sent through social media, that is, until they discovered a group photo featuring their four-year-old selves standing next to each other.

As fate would have it, Hang and Khoa were preschool pals in the same class. A photo of the couple and their classmates as since gone viral on Vietnamese social media.

“I was browsing Khoa’s collection of old photos and realized that we had actually met when we were little. It’s crazy that we both still had a copy of that same picture,” Hang said.

According to Hang, they began looking through the photos when Khoa admitted that he once had a little crush on a girl who joined him in a preschool performance.

The story sounded familiar to Hang and she was instantly reminded of the photo. After putting two and two together, they began looking through the photos and discovered that Hang was in fact that apple of four-year-old Khoa’s eye.

“I don’t remember much from preschool but I do recall doing a school performance and taking a picture with another classmate. After preschool we went to different primary schools and lost contact,” Hang said.

Now, the photo that had been just one of many in his collection has taken on a whole new meaning as a symbol of his romantic destiny.

Khoa and Hang were able to rekindle their friendship through a series of social interactions, beginning with a simple comment Khoa left on one of Hang’s status update.

“Khoa always protects and takes care of me. When I’m sick he shows up at my house to give me food and medicine. Sometimes we fight, but we always try and find a mutual understanding,” Hang said.

The two are now busy prepping each other for the pivotal 2020 National High School Exam, which will take place in August whose results are considered for both high school graduation and university entrance.

Dong Hang is currently studying at Phu Xuyen A High School in Hanoi, while Viet Khoa attends the Hanoi-based College of Television.

Their childhood photo has so far garnered 6,300 likes from netizens, the majority of whom showered the couple with compliments and nostalgic stories from their own childhoods.