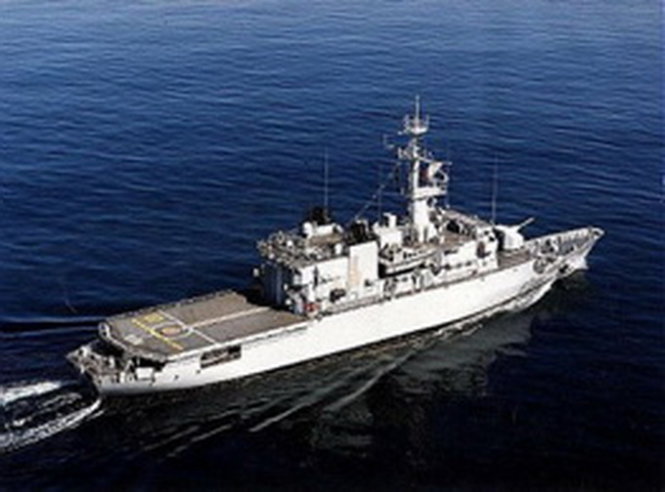 Le Vendémiaire, a cruiser of the French Navy, will arrive in the central Vietnamese city of Da Nang on November 15 for a five-day visit, according to the French Embassy in Vietnam. The patrol vessel’s 93 crew members will be headed by Captain Hervé Siret. The visit, which will last until November 19, is aimed at strengthening the cooperation relations between the naval forces of Vietnam and France as well as promoting the mutual understanding between naval soldiers and Vietnamese people in general and Da Nang residents in particular. A program to show Da Nang around the ship is scheduled to be conducted on Sunday, November 11. “Le Vandémiaire” has been used by the French Navy since 1993. It has operated in the Pacific area and its base is located in Nouméa, Nouvelle Calédonie. The name of the ship means “the harvest season of grape” (from September 22 to October 21). The 2,800-ton ship is a kind of patrol vessel of the French Navy, and its duty is to control and protect France’s national interests in waters belonging to France’s sovereignty. It also takes part in humanitarian activities and evacuation of French citizens when necessary. The vessel is equipped with a helicopter of the kind of Panther Eurocopter, Alouette III or Puma, and an Exocet missile system, a 100 mm artillery gun and two 20 mm F2 guns. The latest arrival in Vietnam by the French patrol ship was made in the northern port city of Hai Phong from April 25 to 30, 2011.