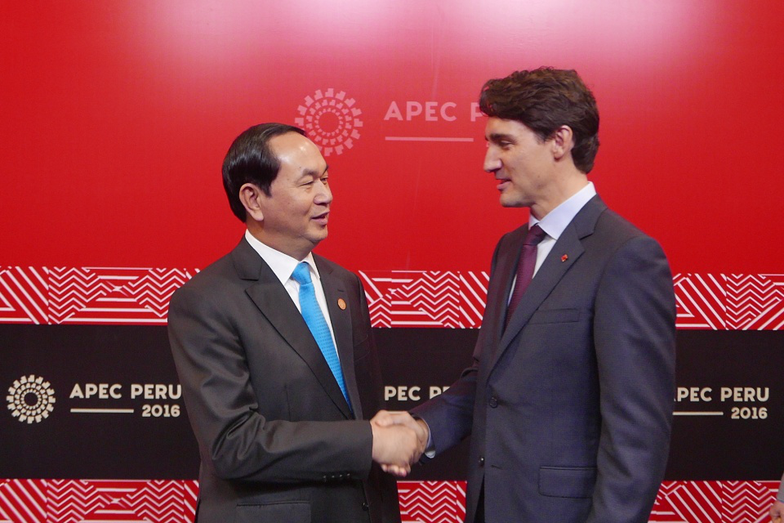 Canada’s Prime Minister Justin Trudeau will travel to Vietnam, where his agenda includes undertaking an official visit and attending the Asia Pacific Economic Cooperation (APEC) Economic Leaders’ Meeting, and the Philippines from next week.

The November 6-14 trip provides an opportunity for the Canadian prime minister to meet with partners in the Asia-Pacific region, according to an announcement on his official website.

It is also aimed to promote a progressive trade agenda that creates good, middle-class jobs and more opportunities for people on both sides of the Pacific.

The PM will then head to Ho Chi Minh City, where he will meet with Vietnamese business leaders, and participate in an armchair discussion at Ton Duc Thang University.

Finally, he will travel to the central city of Da Nang to attend the APEC Economic Leaders’ Meeting, where he is expected to promote Canada as a partner of choice for trade and investment in the region, and deepen economic cooperation with APEC economies.

After the Economic Leaders’ Meeting, PM Trudeau will travel to the Philippines to attend the 31st Association of Southeast Asian Nations (ASEAN) Summit in Manila. While at the summit, he will take part in the Canada-ASEAN Commemorative Summit to review relations between Canada and the 10 ASEAN countries and identify areas where we can increase collaboration.

“Canada and Vietnam’s relationship is anchored in strong people-to-people connections, and has expanded greatly in the last forty years," the Canadian premier said in a statement.

“I look forward to meeting with Vietnam’s leaders to … strengthen our trade and investment cooperation, and create more opportunities for our middle class.”

Vietnam has been Canada’s largest trading partner in the ASEAN region since 2015.

Established in 1989, APEC has since become the pre-eminent economic forum with a primary purpose of facilitating economic growth and prosperity in the Asia-Pacific region, with Canada among its founding members.

The Economic Leaders’ Week, the culmination of Vietnam’s year-long hosting of APEC meetings, is scheduled to take place from November 6 to 11 in Da Nang.