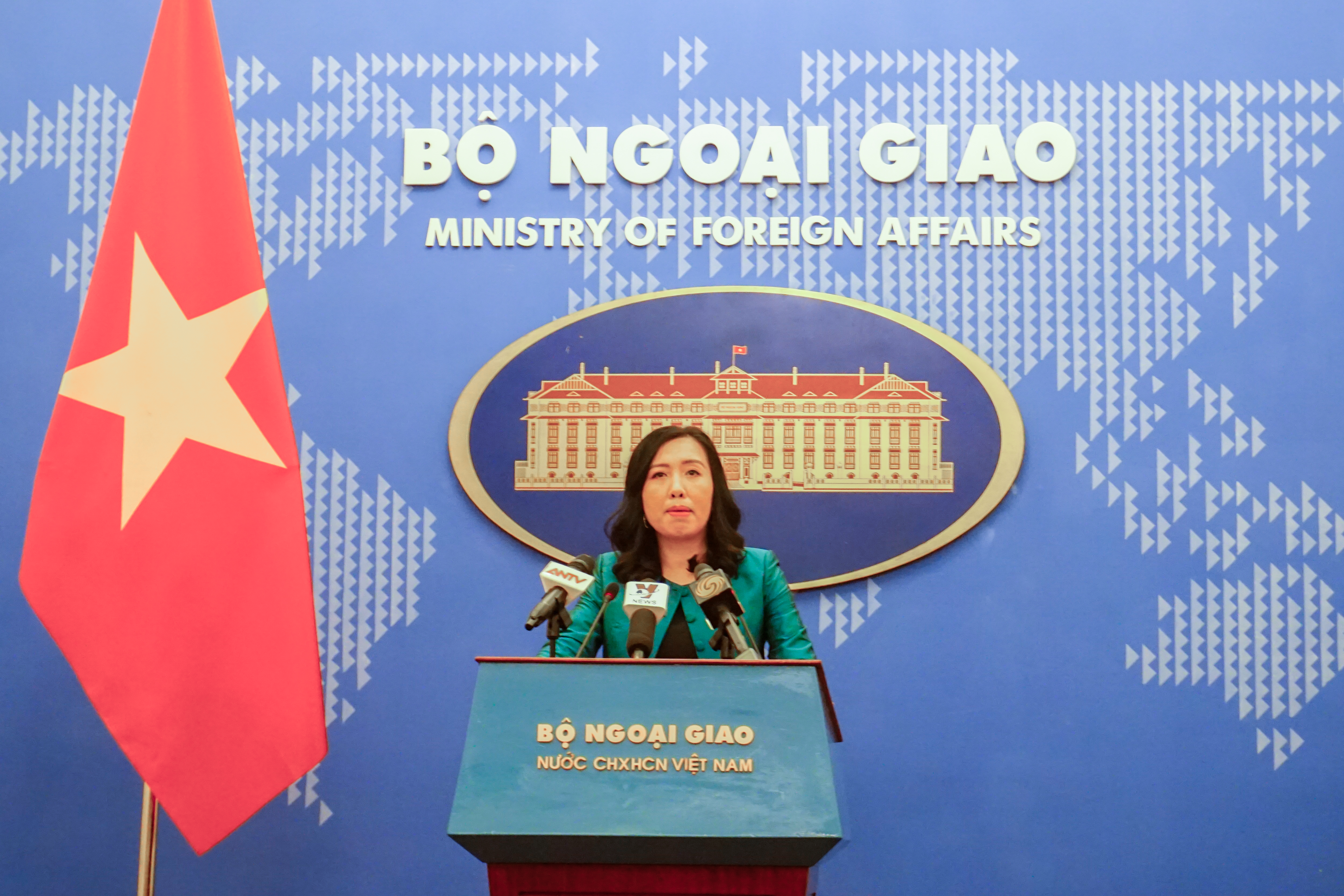 Hang made the statement in response to reporters’ queries regarding the information that China was holding live-fire military drills near Hoang Sa in the East Vietnam Sea between August 6 and 7.

In an announcement posted on the website of China’s Hainan Maritime Safety Administration on Monday, the authority said military training exercises would be held in the vicinity of Hoang Sa from 9:30 to 11:30 am and from 3:00 to 6:00 pm on Tuesday, and between 3:00 pm and 5:00 pm on Wednesday.

It also stated that all vessels were forbidden from entering the area while the drills were underway.

Vietnam has sufficient legal grounds and historical evidence to affirm its sovereignty over the Hoang Sa and Truong Sa (Spratly) archipelagos in the East Vietnam Sea in line with international law, Hang told reporters in Hanoi.

A representative of the Vietnamese Ministry of Foreign Affairs on Wednesday made contact with the Chinese side and handed a diplomatic note opposing its illegal military drills in the area near Hoang Sa, Hang said.

Hoang Sa, off the central city of Da Nang, has been illegally occupied by China since 1974, when Beijing used force to seize it from Vietnam.

This week’s military exercises were not the first time Beijing has infringed upon Vietnam’s sovereignty over Hoang Sa with its unlawful actions.

Similar live-fire drills were held by China from May 9 to 12 last year and March 22 to 24 this year, despite Hanoi’s protests.

Vietnam has also condemned Beijing’s plans to build the islands of Phu Lam (Woody), Cay (Tree), and Duy Mong (Drummond) in Hoang Sa into the so-called cities and strategic logistics service bases, another serious violation of Vietnam’s sovereignty over the archipelago.