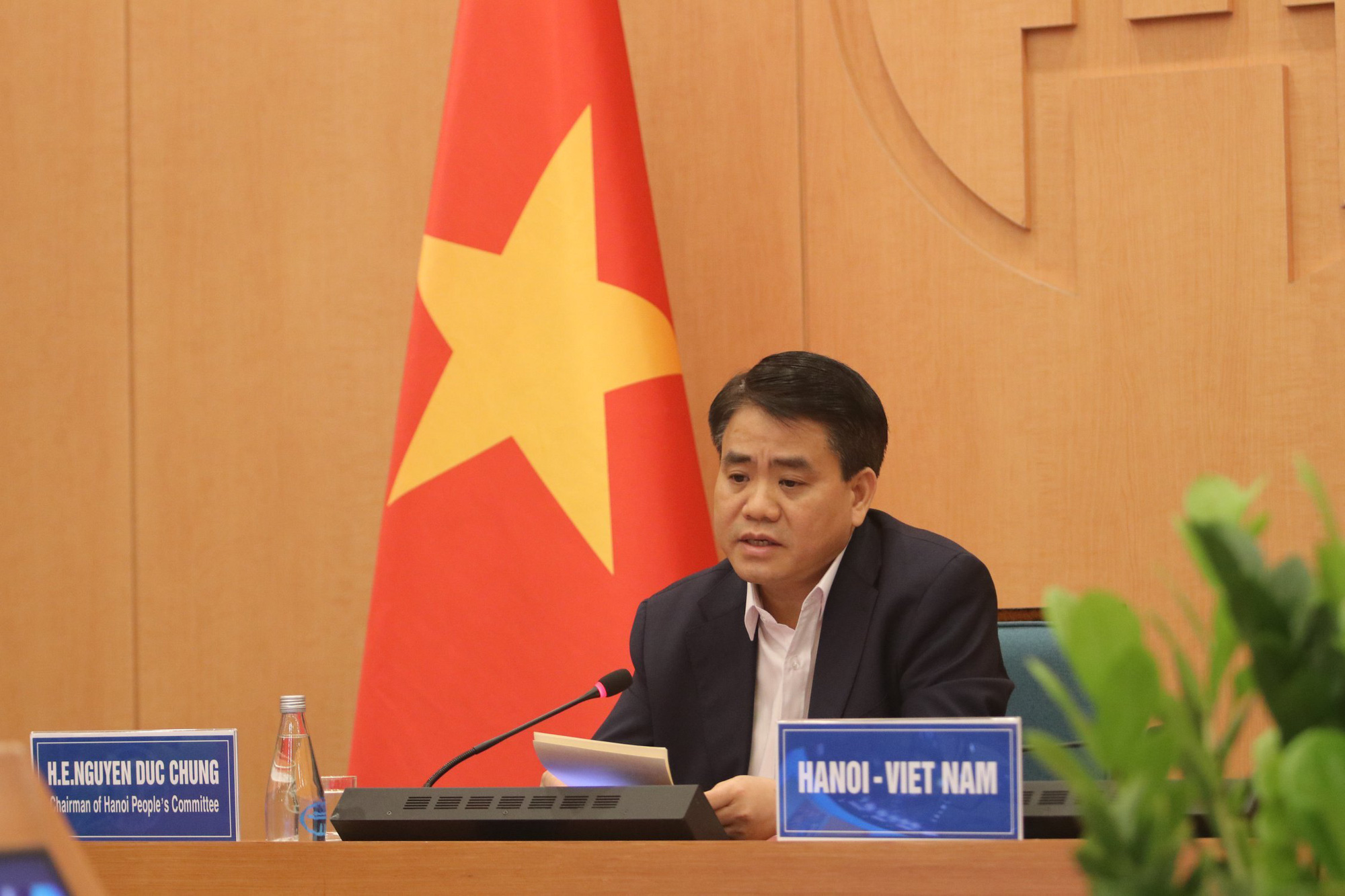 Vietnam has sacrificed economic benefits to protect the lives and safety of its citizens from the novel coronavirus disease (COVID-19) pandemic, Hanoi chairman Nguyen Duc Chung said at a teleconference with leaders of over 40 cities across the world on Tuesday.

The chairman of the Hanoi People’s Committee attended an online mayoral meeting within the framework of the Cities Against COVID-19 (CAC) Global Summit.

Organized under the initiative of Seoul Mayor Park Won Soon, the event was participated by leaders of 42 cities around the world to exchange experience in COVID-19 prevention and control.

Speaking at the meeting, chairman Chung stated that Vietnam's Party General Secretary and State President Nguyen Phu Trong had issued an appeal to the entire nation to take drastic prevention measures when the epidemic first broke out.

The Southeast Asian country has been combating COVID-19 as if it were an enemy, and has been willing to sacrifice economic benefits to protect its people’s health.

The prompt and assertive directives have created trust and unity within the country’s political system and citizens in the fight against the pandemic, Chung stated.

The country has gone through 48 days without any community transmission, he stated, adding that there have been 328 cases and no fatality confirmed in Vietnam so far.

Hanoi, with a population of over ten million, has reported 114 coronavirus infections, with 113 having recovered.

The capital has been promptly tracking and quarantining all people who had direct contact with COVID-19 patients, while those having indirect contact were also put under home quarantine, according to the chairman.

Hanoi authorities have provided information about the epidemic publicly and transparently via different means of communication, and developed the ‘Ha Noi SmartCity’ app to monitor quarantined individuals, he added.

Quick COVID-19 tests were also carried out on a large scale in high-risk areas in the country, while all COVID-19 patients were treated free of charge.

In his remarks, Seoul Mayor Park Won Soon expressed his hope to build an inter-city cooperation network to share and facilitate measures in response to the pandemic.

At the end of the teleconference, the attendants adopted the Seoul Statement on solidarity and cooperation to fight the COVID-19 pandemic.

COVID-19 has sickened over 6.45 million people and claimed more than 382,400 lives around the world, according to the Ministry of Health’s statistics. Over three million patients have beaten the disease.

Japan to grant ODA to Vietnam to build patrol ships

Japan is finalizing procedures to grant an ODA sum to the Vietnamese government to build new patrol ships for its law enforcement forces, a senior Japanese official has said