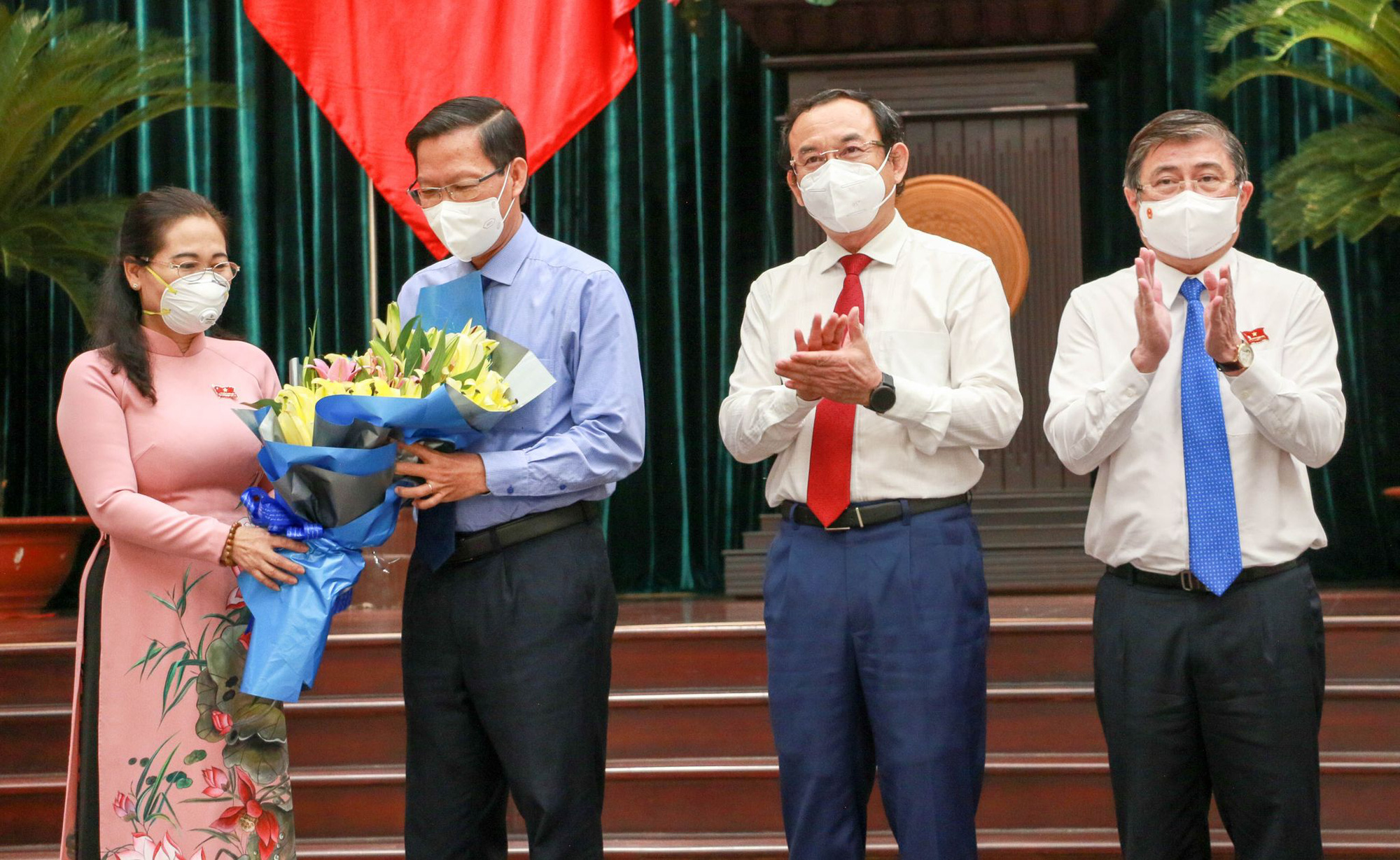 Phan Van Mai, deputy secretary of the Ho Chi Minh City Party Committee, has promised to spare no effort to put the current coronavirus outbreak under control upon being elected as the new chairman of the municipal administration.

Mai received a 97.75 percent approval rate after members of the Ho Chi Minh City People’s Council cast their ballots during a meeting on Tuesday afternoon.

During the gathering, delegates also voted to relieve Nguyen Thanh Phong as chairman of the People’s Committee.

In his speech, chairman Mai stated that the appointment is a great honor, but it also comes with great responsibility and challenges.

He pledged to mobilize all resources and implement effective measures to improve the current situation and gradually put the pandemic under control.

Treating COVID-19 patients, reducing the number of deaths, and taking care of local residents’ lives will be the top priorities, Mai said.

He asserted he will order relevant authorities to finalize a specific plan for the city to effectively respond to COVID-19 and ensure socio-economic development against the backdrop of the prolonged pandemic.

Born in 1973 in the Mekong Delta province of Ben Tre, Mai had been deputy secretary of the Ho Chi Minh City Party Committee since June.

He was secretary of the Party Committee and chairman of the People’s Council in Ben Tre Province from August 2019 to May 2021.

From April 2014 to July 2019, the official was deputy secretary of the Ben Tre Party Committee.

Ho Chi Minh City has recorded over 180,000 COVID-19 cases since the fourth virus wave hit Vietnam in late April, making it the largest epicenter of the country now.