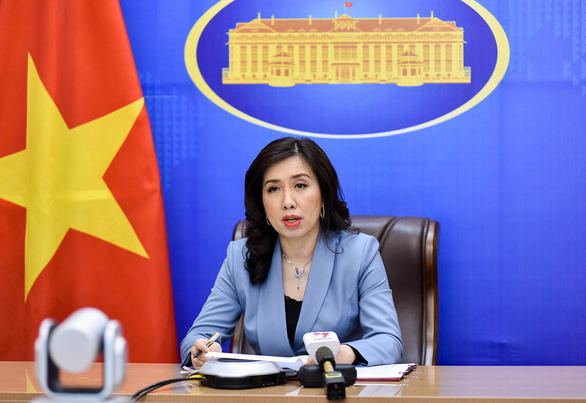 Vietnam’s Ministry of Foreign Affairs and the Vietnamese Embassy in Myanmar have asked Naypyidaw to strengthen measures meant to protect the safety and property of Vietnamese citizens and enterprises in the country, spokesperson Le Thi Thu Hang has said.

Hang made the statement to reporters on Thursday about Vietnam’s actions following a report that several Vietnamese enterprises in Myanmar, including a telecom firm, were affected by attacks carried out by parties opposed to the government during the country’s ongoing political upheaval.

“Vietnam has taken necessary citizen protection measures to safeguard the lives, assets, and legitimate rights and interests of Vietnamese citizens and businesses in Myanmar,” said Hang.

Vietnam has repeatedly asked that Myanmar take steps to protect Vietnamese citizens and businesses in accordance with bilateral agreements between the two countries, as well as international laws and practices, Hang said.

She also affirmed that Vietnam is closely tracking developments in Myanmar as well as the situations of Vietnamese citizens and businesses in the country.

Myanmar has been in turmoil since a military coup d’état on February 1 this year, triggering anger, strikes, and protests across the country.

Since the coup, a number of foreign businesses, including those from Vietnam and China, have become the target of destructive attacks by protesters.