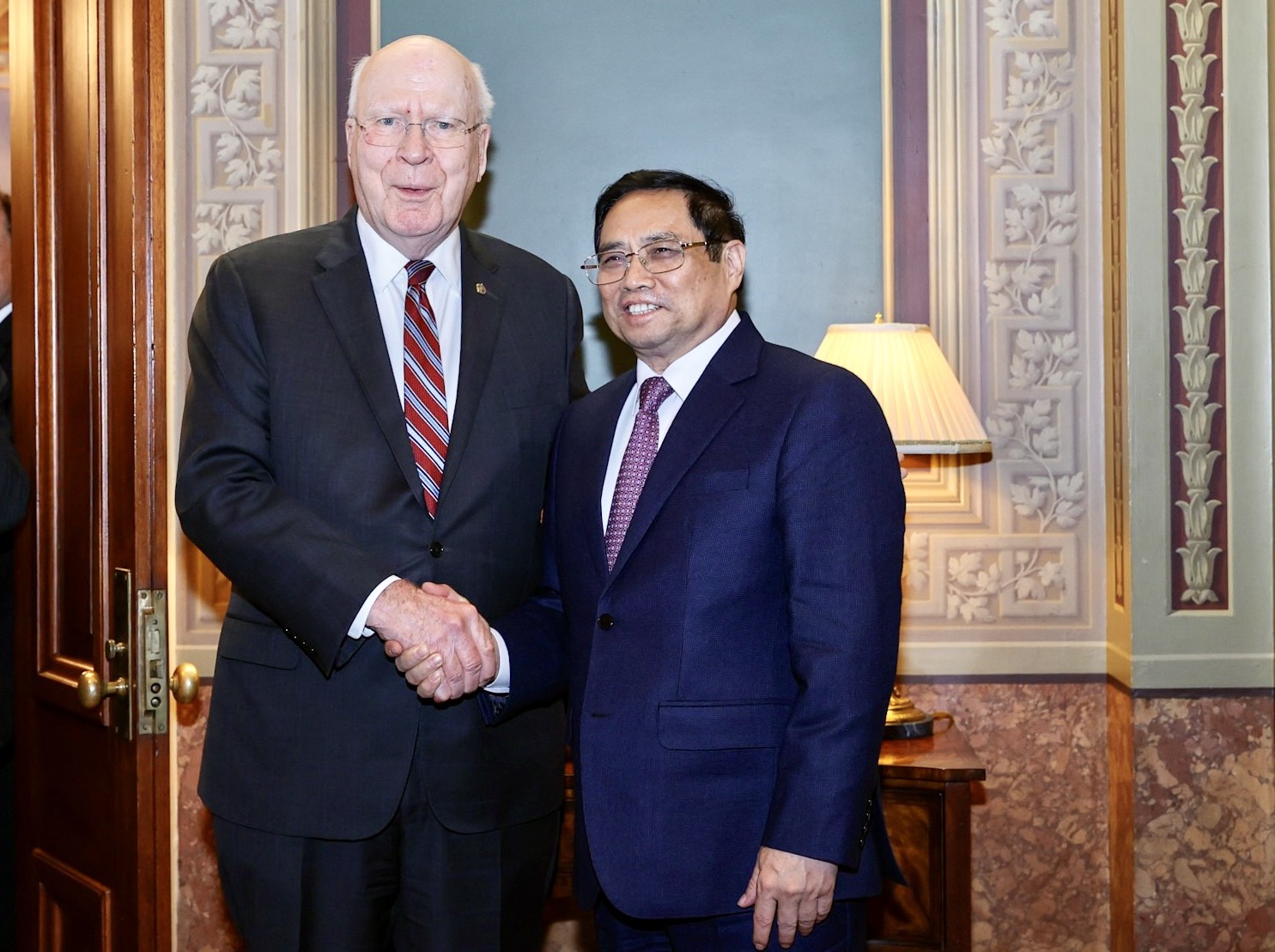 During the meeting, PM Chinh affirmed that Vietnam considers the U.S. one of its most important partners and is willing to work with the country to promote their comprehensive partnership on the basis of respect for each other’s independence, sovereignty, territorial integrity, and political institutions, according to the Ministry of Foreign Affairs.

The premier praised the efforts by the U.S. senators, especially Leahy’s leadership, in consolidating the two-party consensus in supporting the Vietnam-U.S. relationship, particularly the cooperation in settling war consequences.

Chinh hoped that Leahy will continue to encourage generations of U.S. senators to carry on the work, thus contributing to enhancing the bilateral ties, as well as peace, stability, cooperation, and development in the region and the world.

All of the U.S. senators who attended the meeting have special sentiments for Vietnam, and value the two countries’ efforts to overcome differences to build a better future, according to Leahy.

The U.S. Congress always has generations of senators who back the Vietnam-U.S. relations, he affirmed.

The U.S. senators pledged that they would continue Leahy’s efforts after his retirement to promote the Vietnam-U.S. comprehensive partnership.

They expressed interest in Vietnam’s prospects for a digital economy, along with the U.S. support for the Southeast Asian country in its transition to clean energy.

The two sides went on to discuss regional and international issues, including the situation in the East Vietnam Sea, Myanmar, and climate change.

He also delivered a speech at the Center for Strategic and International Studies (CSIS).