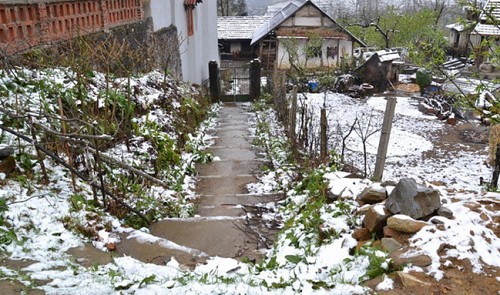 Northern Vietnam will experience chilling weather this week as a cold snap entering in two days is predicted to cause temperatures to drop to as low as six degrees Celsius, according to the National Center for Hydro-Meteorological Forecasting.

From Wednesday until the weekend, temperatures in northern provinces will decline by three to five degrees, and rain is expected at night and in the early mornings, the center said.

Most northern provinces will experience cold weather at temperatures between 14 and 17 degrees with the cold front expected to last until early next week.

Temperatures will be milder in the region from Nghe An to Thua Thien-Hue Provinces in central Vietnam, with temperatures ranging from 17 to 20 degrees.

Da Lat City in the Central Highlands region is expected to experience temperatures between 14 and 25 degrees.

The southern region is anticipated to get hot, sunny weather between 33 and 35 degrees this week, with showers and rainstorms in the evenings, the center said.