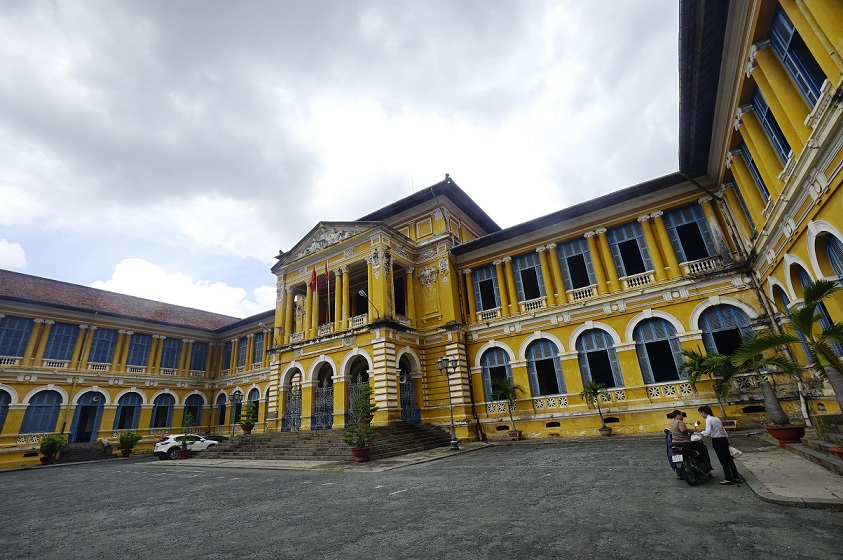 The first sod was turned on a project to renovate and preserve the 130 plus year-old headquarters of the People’s Court in Ho Chi Minh City on Sunday.

The groundbreaking ceremony was attended by Truong Hoa Binh, member of the Politburo and Chief Justice of the Supreme People’s Court of Vietnam.

The structure, which is over 130 years old and embodies significant historical and esthetic value, has declined over time, affecting the activities in the court.

Speaking at the ceremony, Binh stressed that the restoration would ensure the preservation of the building’s unique design and not interfere with the trial process of the municipal People’s Court.

The execution of the project will focus on the quality, technical and artistic factors of the court, as well as strictly following the designated schedule and regulations on labor safety, the Vietnam News Agency quoted the Chief Justice as saying.

He added that the use of investment capital and other resources would be efficient and avoid wastefulness.

Truong Hoa Binh (second left), member of the Politburo and Chief Justice of the Supreme People’s Court of Vietnam, at the groundbreaking ceremony on March 27, 2016. Photo: Tuoi Tre

Renovations will be carried out on several sections of the building, including the trial rooms, garage, parking lot, cafeteria, and security guard office, according to local newswire Dan Tri.

Damaged and degraded parts of windows and doors around the courthouse will also be repaired, it added.

Located at 131 Nam Ky Khoi Nghia Street, District 1, the headquarters of the Ho Chi Minh City People’s Court were constructed in 1881, whose function has been maintained till the present day.

In 2012, the building was recognized by the Ministry of Culture, Sports and Tourism as a national-level architectural monument that needed to be renovated and preserved.

The renovation work will cost about VND80 billion (US$3.58 million) and is expected to be completed by September 2017.