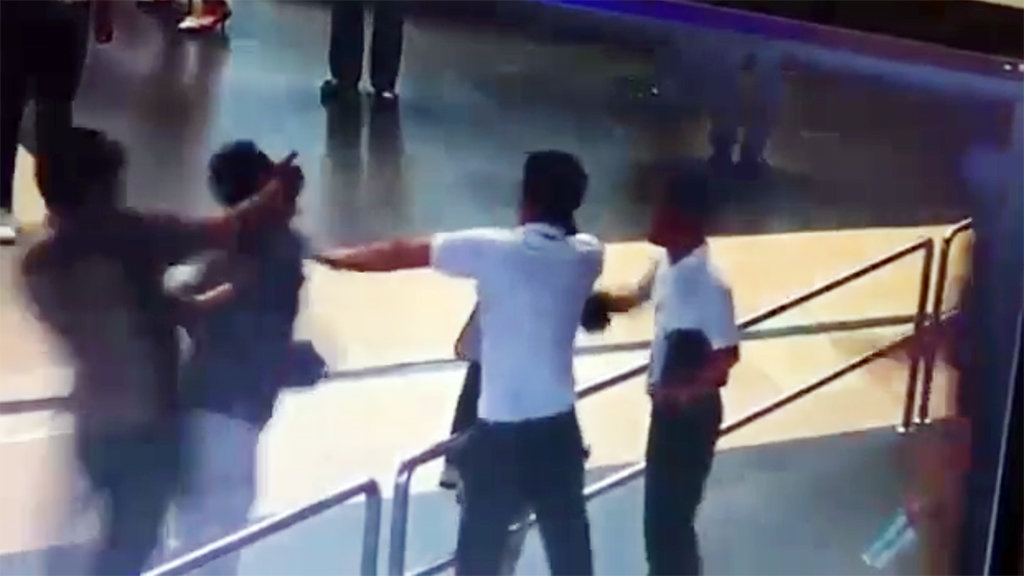 The two unidentified Vietnamese men who jumped in to help a female aviation employee under assault by two passengers at the Hanoi airport on Tuesday may face charges for disrupting public order, the Northern Airport Authority said Thursday.

While many Vietnamese men were busy celebrating women on National Women’s Day on Thursday, the two mystery men who put an end to the two-on-one assault of a female airline employee at Noi Bai International Airport in Hanoi on Tuesday may be charged with disrupting public order.

Security footage showed an infuriated passenger thrusting one of the attackers to the ground while another passenger quickly came to his aid, followed by a four-way confrontation between the attackers and the intervening passengers.

The men, dubbed Vietnam’s Don Quixotes by local media in honor of Cervantes’ fictional chivalrous character, left the scene shortly after airport security responded to the scuffle. Authorities have yet to identify the pair.

“We have not been able to confirm their identity, though initial reports say they are Vietnam nationals. They are not acquaintances of [the assaulted airline employee], and likely only jumped in to her help during the assault,” Deputy Director of the Northern Airport Authority (NAA) Nguyen Huy Duong told the press on Thursday.

According to NAA Director Tran Hoai Phuong, the authority is working to identify the mystery men to gain clarification on their actions that could “disrupt public order.”

“If everyone took it upon themselves to become involved in such a way, it could easily lead to a mass chaotic fistfights in such a sensitive place,” Phuong explained, adding that relevant authorities will look into the incident.

Though authorities are considering charges, public reaction has been in favor of the mysterious ‘airport heart-throbs’, who many say reacted appropriately to the violent assault when airport security had yet to respond at the scene.

Starting Friday, the attackers Thuan and Tung, the former being a traffic inspector at Hanoi Transport Department, will be barred from flying for six and 12 months, respectively, for their violation of airport regulations.

Security footage of the assault at Noi Bai International Airport on October 18, 2016