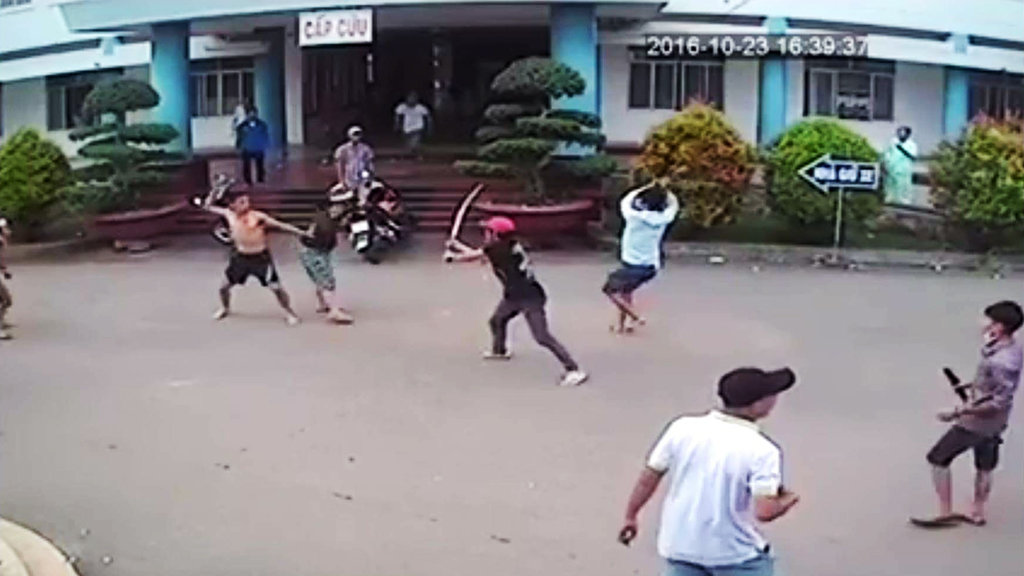 Armed men, apparently members of two gangs, have frightened patients at a hospital in the southern Vietnamese province of Dong Nai as they engaged in a violent clash just inside the infirmary’s campus on Sunday.

A security camera footage capturing the confrontation between the young men immediate went viral after surfacing on the Internet later the same day.

The over five minute long video shows the gang members attack each others with swords and machetes at the emergency facility of the Xuan Loc District’s general hospital.

Terrified by the chaos, patients and their family members at the infirmary had to flee for their own safety.

The groups only ceased their battle and left the hospital following interference by some brave by-standers.

In video, a woman, one of the witnesses who tried to stop the confrontation, is seen suddenly collapsing on the ground.

Dr. Vo Hung Cuong, director of the infirmary, confirmed the incident, stating that nobody was injured during the encounter.

Local police officers later arrived at the scene to deal with the situation and carry out an investigation based the camera footage.