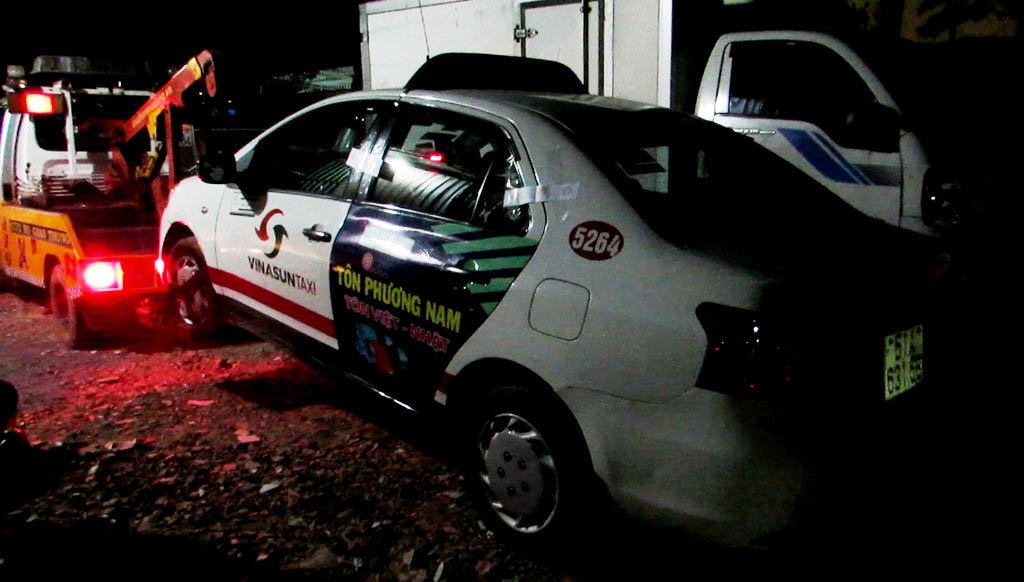 Police in Ho Chi Minh City have arrest a female suspect for causing the death of a local taxi driver by drugging with intent to steal from him.

Officers in Thu Duc District confirmed on Tuesday morning that they had apprehended Phan Thi Kim Loan, 47, a resident of neighboring Binh Duong Province, for murder and robbery.

According to the case file, at around 2:00 am on March 26, Loan caught a cab on Nguyen Oanh Street in Go Vap District, asking the 51-year-old driver, H., to take her to Thu Duc.

During the trip, Loan talked H. into buying some beers, before telling him to pull over in an alley in Thu Duc so that they could share a drink.

It was at this point that the woman snuck some drugs into H.’s can of beer whilst he was not paying attention.

The driver then slipped into unconsciousness under the influence of the pills, and Loan took some VND1.2 million (US$52.73) and a cellphone the victim had in his pockets.

She then left H. alone in his taxi and caught a xe om to her home in Binh Duong.

Local residents discovered H.’s body at around 1:00 pm the same day and reported the case to police.

The victim was brought to the hospital for emergency treatment, but was unable to be revived and passed away shortly afterward.

Following a brief investigation, Loan was summoned to the Thu Duc police station.

The suspect admitted to the crime, but claimed that she had only intended to steal the victim’s money, and was not aware that he had been killed by the drug she’d slipped into his drink.

Loan’s criminal record revealed that she had been convicted of about 20 similar crimes during 2011. However, no one had been killed as a result of her actions.

She served a prison sentence but was released in 2015.