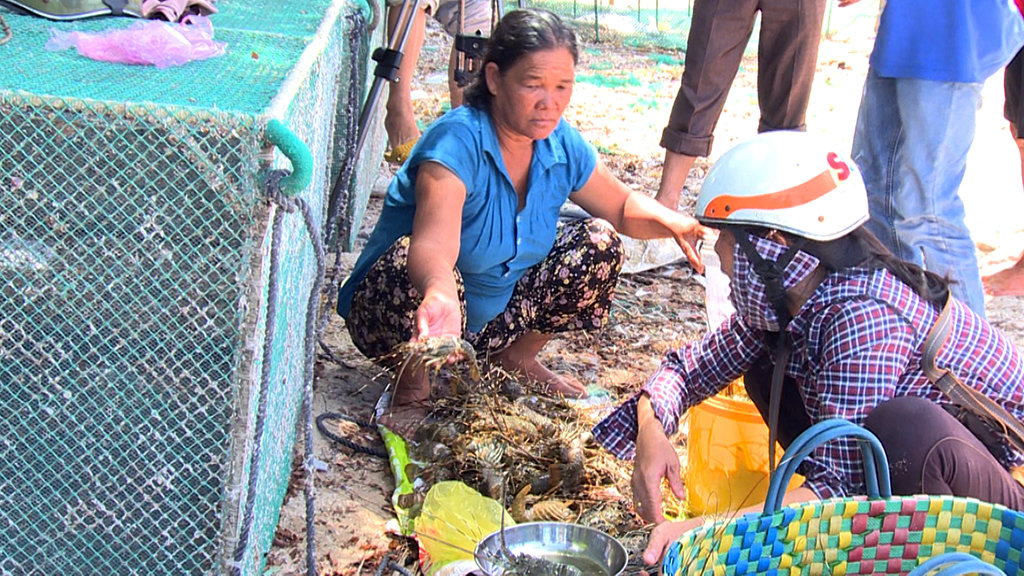 The south-central Vietnamese province of Phu Yen is preparing to declare a state of natural disaster after as many as 600,000 lobsters raised at a local bay have died from alleged oxygen starvation.

The dead lobsters account for around 30 percent of the commercially farmed lobster population in the entire province, according to Tran Huu The, deputy chairman of Phu Yen.

The change in conditions allegedly depleted the bottom water oxygen level, causing the animals to die from aquatic hypoxia, according to local officials.

Between May 24 and May 29, around 600,000 lobsters at farms in Phu Yen’s Xuan Yen Ward and Xuan Phuong Commune died, Tran Huu The said at an urgent meeting of provincial leaders on Monday afternoon.

Economic losses from the lobster deaths amounted to approximately VND600 billion (US$26.43 million).

“Provincial authorities suspect red tide to be behind the mass lobster deaths,” The explained. “Every year during the sunny season, a sudden thunderstorm can cause the phenomenon at the bottom water level, depleting it of oxygen and causing lobsters to die. It happened earlier this year, killing more lobsters.”

At Monday’s meeting, the People’s Committee of Phu Yen requested that the provincial Department of Agriculture and Rural Development aid local farm owners in moving their lobster cages to safer locations in order to minimize the damage.

“The province has also consulted relevant bodies to draft a declaration of a state of natural disaster around lobster farms in Song Cau District,” The said. “Local banks have been asked to relax their requirements for lenders who are the owners of the lobster farms affected by the disaster.”

Agricultural authorities are to hold a seminar on sustainable lobster farming to avoid similar incidents in the future, he added.

Farm owners have accused a nearby seafood processing facility of illegally dumping wastewater into farming water, leading to a level of pollution that killed their lobsters.

Angered lobster farmers have gathered outside the facility over the past few days to voice their opinion.

Agricultural officials have collected water samples from the affected areas to determine whether human error is involved in the mass deaths.