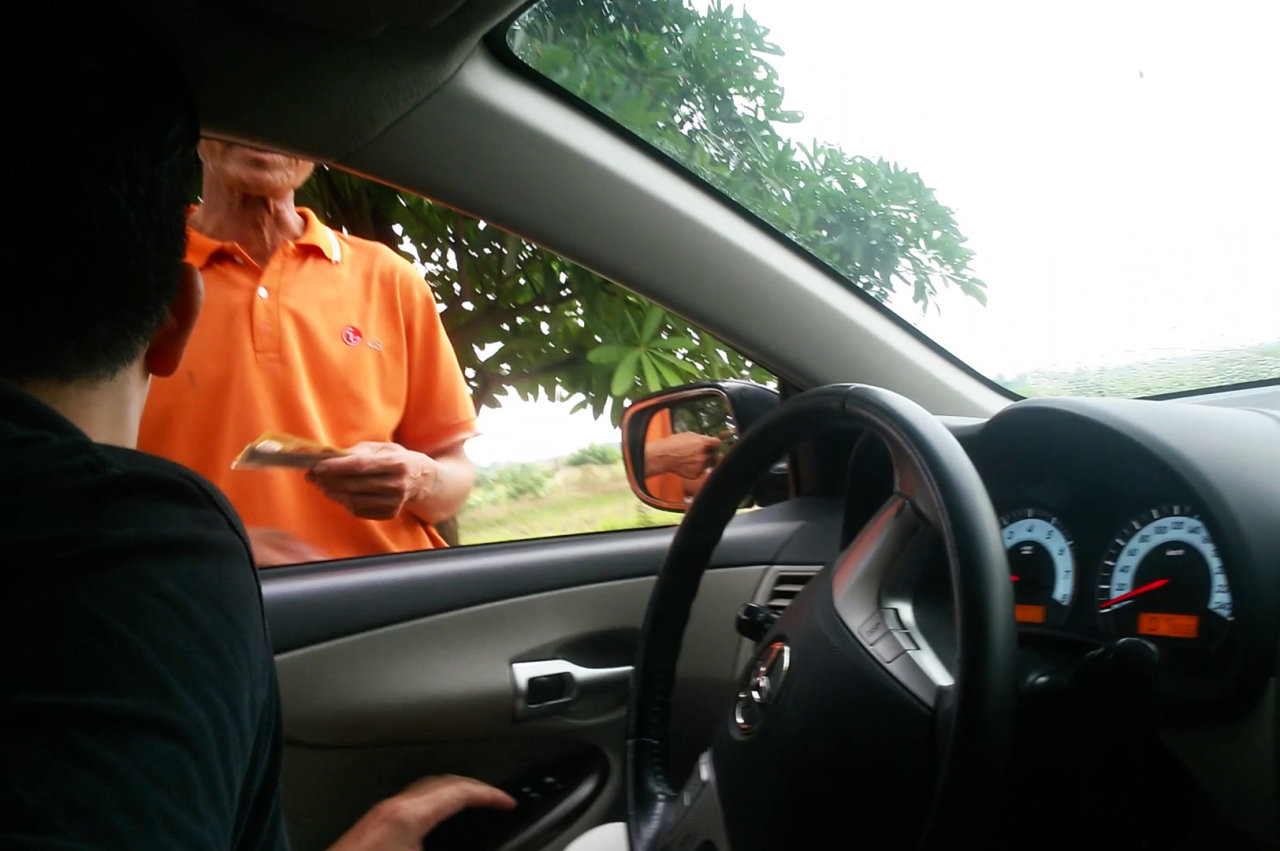 Commuters who do not want to pay high road tolls for a BOT (build-operate-transfer) project in the northern Vietnamese city of Hai Phong have chosen to take a detour on a communal street with a lower fee.

Following an increase in toll rates of a BOT project along National Highway 5 in Hai Phong last year, truck and car drivers have been traveling on another route through Le Thien Commune, An Duong District.

According to local residents, hundreds of four-wheeled vehicles run on the road on a daily basis, mounting enormous pressure on the local traffic infrastructure.

As the street was increasingly likely to be damaged, the residents decided to spend their own money renovating the road.

They also consented to build a makeshift toll booth, charging some VND10,000 (US$0.44) for each vehicle to pass the neighborhood.

A ‘voluntary board’ was set up, whose members go on shifts throughout the day and at night to collect the fee.

H., 64, a resident of Le Thien Commune and a member of the ‘voluntary board,’ said local residents had agreed upon the road fee as it would be used to fix and renovate the path.

Records of the board showed that about 20 vehicles had been registered for the monthly fee, and an average of 300 cars and trucks travel through the area every day.

According to T.D.N., a truck driver from the northern province of Hai Duong, the detour has helped him reduce the traveling cost as he often delivers shipments to Hai Phong.

Despite knowing the makeshift toll booth is illegitimate, N. and other drivers still prefer the communal street.

Le Anh Quan, chairman of the People’s Committee in An Duong District, confirmed he was aware of the situation, adding that he had asked the administration in Le Thien Commune to remove the makeshift toll booth last week.

However, local residents can still be seen collecting fees from drivers.

According to Pham Van Hai, chairman of Le Thien Commune, the ‘voluntary board’ only collects the toll from those drivers who are willing to pay.

Members of the group are also responsible for having the road fixed and upgraded.

“If we are not allowed to do this, we will have to block all vehicles from traveling on the street,” Hai asserted.