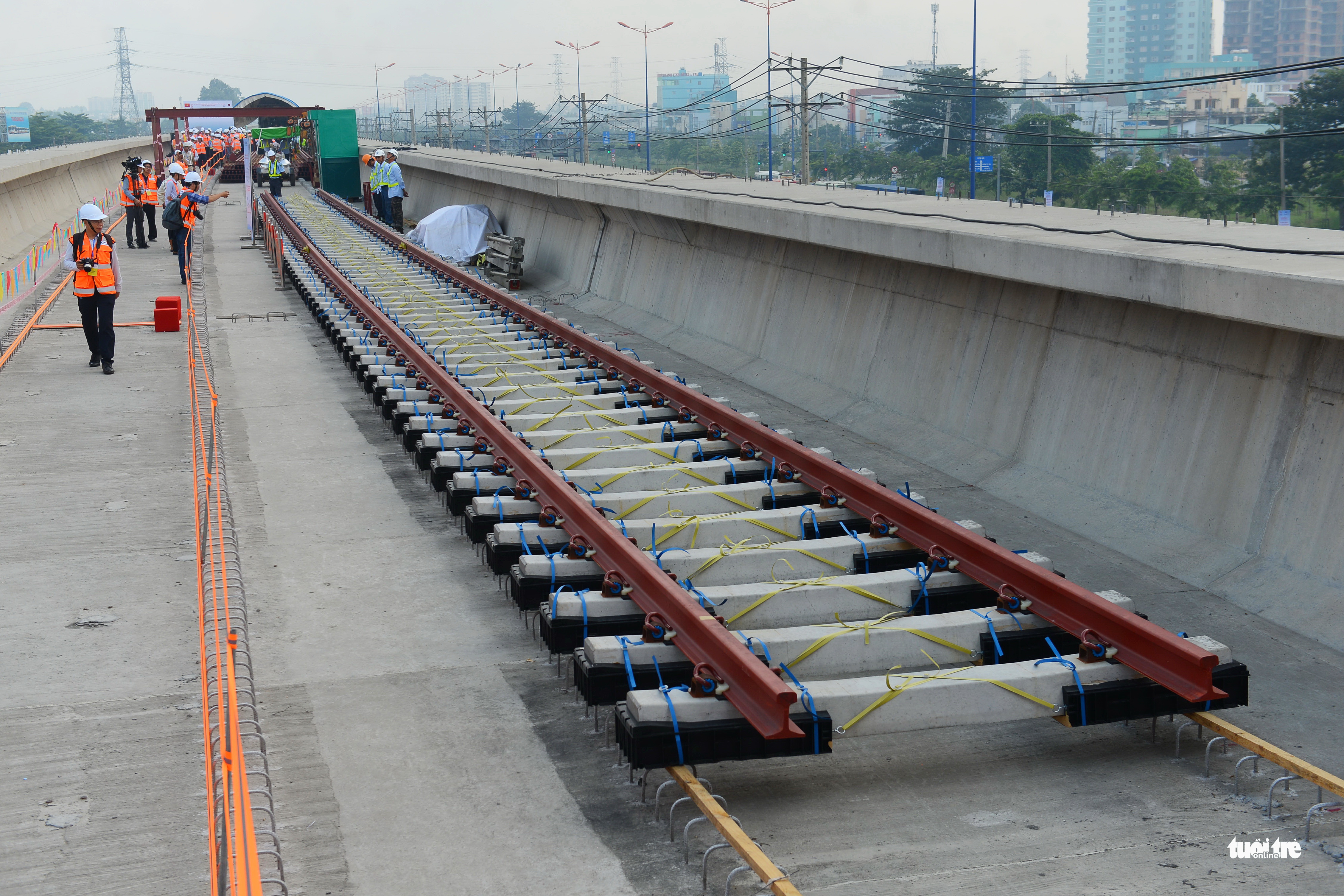 The first meters of track were installed on Ho Chi Minh City’s first metro line on Tuesday, renewing hopes that the project will be completed on schedule despite recent setbacks caused by delayed capital allocation.

The tracks, manufactured by Japanese contractor Hitachi, were installed on the stretch of line running from the Binh Thai intersection to the Hanoi Highway flyover in Thu Duc District.

At a ceremony marking the commencement of track work held by the municipal Management Authority of Urban Railways (MAUR), Ho Chi Minh City’s deputy chairman Tran Vinh Tuyen, underlined the metro’s significance in connecting the southern hub with neighboring provinces and in addressing the needs of local commuters.

Once completed, the line is expected to boost the city’s economic and financial development, Tuyen said.

The People’s Committee of Ho Chi Minh City called on the project’s developer and contractors to speed up construction so that the line could begin operating in 2020 as scheduled.

According to Le Nguyen Minh Quang, head of the MAUR, as of October, 43 percent of the line’s construction items had been completed.

If construction remains on schedule, Quang said, the metro line will operate its first test runs in 2019, before launching for commercial use in 2020.

The line’s development, which began in August 2012, is estimated to have cost the city some US$2.06 billion, most of which has been funded by Japanese official development assistance (ODA) loans.

However, slow ODA disbursement caused by bureaucratic red tape has seen the project proceed at snail’s pace, with recent threats to put construction on hold entirely likely to result in ‘unimaginable consequences’.

The Japan International Co-operation Agency (JICA), has publicly expressed its concerns about the way Vietnam has been managing Japan’s ODA loans on some of its major infrastructure projects at an annual press conference in Hanoi last week.

Vietnam’s unpaid debt to JICA could skyrocket to $177.1 million by the end of this year if it continues to stall capital allocation to the projects, the Japanese agency warned.

On Tuesday, Akito Takashahi, deputy chief representative of the Office of JICA in Vietnam, expressed his relief that construction of the metro line was advancing, though warned that slow disbursement of capital remained a serious threat to its progress.

JICA has requested that the Vietnamese Government take into consideration the particular circumstances of the project and act to resolve capital allocation issues as soon as possible.