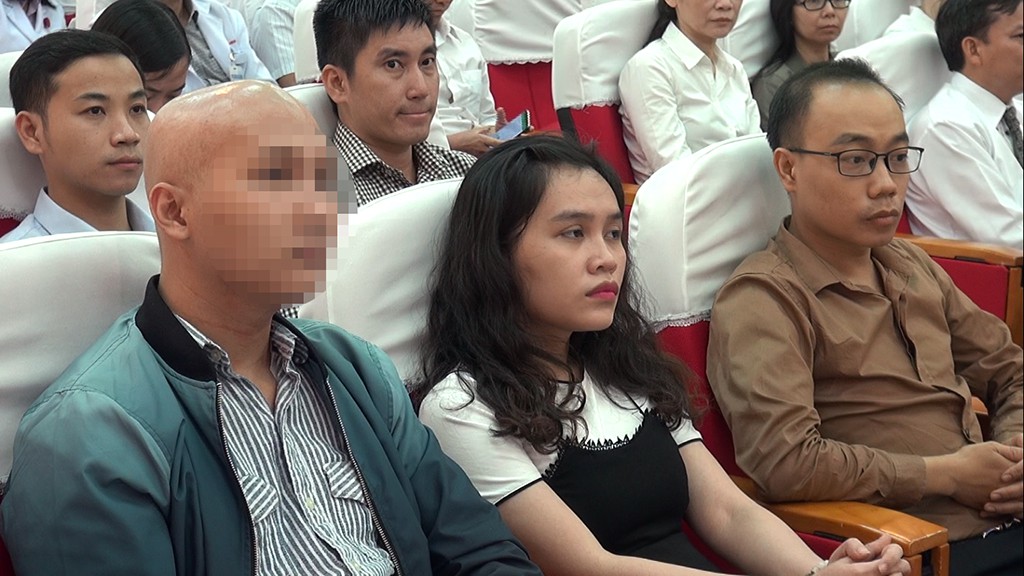 For the first time in Vietnam’s medical history, a patient has successfully undergone hematopoietic transplantation of stem cells derived from the peripheral blood of an unrelated donor.

Stem cells from a Taiwanese donor were transported to Ho Chi Minh City for the medial operation, marking an important milestone in Vietnam’s medical advances.

The Vietnamese patient in this case is 25-year-old Q.D.A. from southern Ca Mau Province, who was admitted to the Ho Chi Minh City Hospital of Blood Transfusion and Hematology (BTH) in May with a diagnosis of chronic myelomonocytic leukaemia.

According to doctors at BTH, this rare type of leukaemia, which are cancers of the blood-forming cells of the bone marrow, only occurs in three or four people per million in a year.

Those diagnosed with the disease are only known to survive for another 20-30 months on average, according to Dr. Huynh Van Man, head of the HSCT department at BTH.

HSCT is the only cure for the cancerous disease, which typically affects those older than 60 years old with an extremely small number of patients under 40, Man said.

When A. was first admitted on May 15, his family was in a state of desperation, as the only relative capable of donating stem cells – his sister – did not pass the assessment of the human leukocyte antigen (HLA) match status that was required of donors.

With no available peripheral blood-derived stem cells bank in Vietnam, doctors at BTH had to initiate a search for a suitable foreign donor.

According to Dr. Phu Chi Dung, director of BTH, previous Vietnamese patients diagnosed with such rare diseases had to travel abroad for the transplantation, which could cost from five to ten times more than in Vietnam.

However, for years now BTH has worked with hospitals across 30 countries and territories to sign agreements on supplying the Ho Chi Minh City-based hospital with stem cells for transplantation procedures.

Among them is the Buddhist Tzu Chi Stem Cells Center in Taiwan, which was able to find a perfect match for A. within just two weeks of receiving requests from Vietnamese colleagues.

The anonymous donor is a 37-year-old Taiwanese man with the same blood type and weight as A.

Between September 13 and 18, A. had his bone marrow destroyed with chemicals to get ready for the transplantation.

On September 17, the donor was hospitalized for the extraction of stem cells

A group of BTH doctors were sent to Taiwan to take over the stem cells, while another waited at Tan Son Nhat International Airport to receive the precious cells once it reached Vietnam.

After 15 hours of transportation by air and land, with the support of Taiwanese and Vietnamese customs officers to quickly clear the medical package, the stem cells arrived at BTH at 11:20 pm on September 20.

Minutes later, A. was already welcoming the new cells from a stranger across the ocean into his body.

According to Dr. Dung, the chances of finding a matching stem cells donor from one’s relatives are getting smaller as Vietnamese give less and less birth.

In more developed countries, patients like A. can rely on a bank of donated stem cells if all family members are not suitable donors, Dung said.

Vietnam currently has a bank for stem cells derived from the umbilical cord, but not from peripheral blood or bone marrow, he explained.

“The first-ever successful hematopoietic stem cells transplantation from peripheral blood of an unrelated donor in Vietnam is a historic breakthrough that opens new paths and hopes for the treatment of malignant conditions in patients who do not have a related donor,” Dung said at a press conference announcing the successful operation on Thursday.

The achievement was made possible thanks to the works of a team of medical experts with over 20 years of experience at BTH, he added.

The cost for A.’s treatment is VND847 million (US$37,000), over 62 percent of which is covered by his medical insurance, the doctor disclosed.

This fee does not include medical expenses in Taiwan and the cost of transporting the stem cells back to Vietnam, which would add another $14,500 to the sum, according to the doctor.