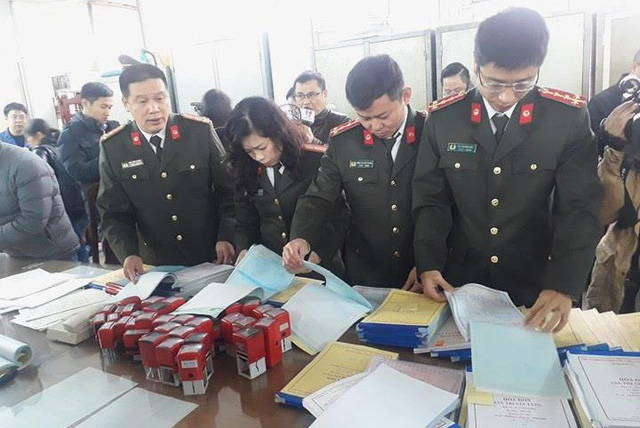 Police in Hanoi have broken up an illegal crime ring specializing in the trade of fake tax receipts totaling VND590 billion (US$25.98 million).

An initial investigation uncovered that 35-year-old Dao had bought 17 local businesses since early 2017 to aid her expanding operation.

All 17 companies were previously owned by 32-year-old Dao, but none were able to turn a profit.

After their purchase, the firms had no specific field of business and were used primarily for trading fraudulent VAT receipts.

Officers uncovered that the ring had forged nearly 3,500 bogus VAT receipts worth a total estimated value of VND590 billion (US$25.98 million).

Additional explanation on what people illegally trade VAT receipts for

A VAT is a type of general consumption tax that is collected based on the increase in value of a product or service at each stage of production or distribution.

VAT is usually implemented as a destination-based tax, where the tax rate is based on the location of the customer.

According to current law, a business, if had previously paid the tax during the import of material for its production, will be allowed to ask for a VAT refund after a purchase has been made.

In order to be eligible with this refund, the company has to present the VAT receipts corresponding with the purchase.

In Vietnam, the VAT is often charge at 10 percent of the product value.