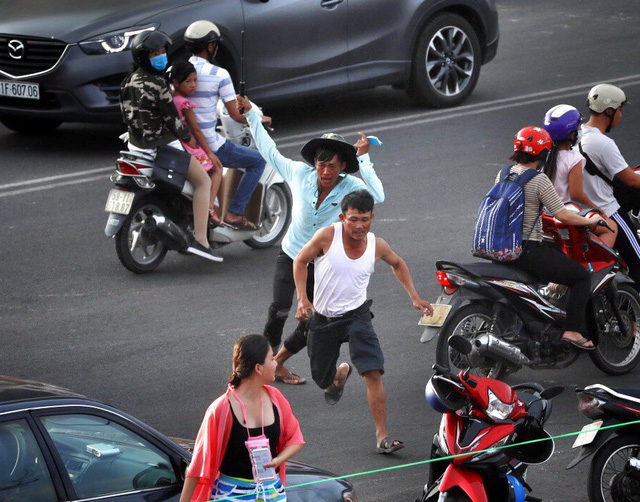 Authorities in the southern province of Ba Ria-Vung Tau are investigating a case involving a group of parking lot attendants attempting to assault a tourist in the provincial popular beach city of Vung Tau earlier this week.

The municipal Party Committee on Tuesday ordered the investigation into the violence, which it said did not only stir up disorder but also negatively affected the city’s tourism image.

The incident happened on Thuy Van Street, which stretches along the beach, at around 5:00 pm on Monday, when many Vietnamese observed a long holiday to celebrate Reunification Day and International Workers' Day.

A group of Vietnamese visitors were parking two motorbikes at the side of the street, near the parking venue, when they were approached by an employee of the lot.

Although the motorbikes did not block the entrance to the parking area, the attendant insisted that the visitors move their vehicles.

The conversation quickly escalated into an argument, before a group of four parking lot attendants started chasing down one of the tourists, carrying along their batons.

One of the employees was seen hitting the visitor multiple times in his body.

After the tourists managed to escape, the attackers took away the two motorbikes and refused to return them to the owners.

When police officers arrived at the scene, the attackers attempted to hide their weapons, but the effort was unsuccessful.

The assailants were then summoned to the police station to assist the investigation.

The Vung Tau administration and police department have been tasked with conducting the probe, checking the legitimacy of the parking lot, and determining suitable penalties.